Working toward Sustainable Development in Haiti

When people talk about Haiti, the first thing that comes to mind is that it is the poorest nation in the Western Hemisphere.  But that is not how the Haitian people think of themselves. Haiti has rich culture which, in part, embodies the characteristics of resilience, creativity, ingenuity and faith.  Haiti became the world’s first independent black republic and second independent nation in the hemisphere when it successfully conducted a slave rebellion, overthrowing their French colonial masters in 1804.

Since February 2017, the Atlantic-Midwest Province of SSND has been engaged in a partnership in Haiti with Beyond Borders, a non-profit organization working in Haiti for over 20 years. Initially, this collaboration in Haiti focused on developing two Model Community Initiatives (MCIs) in the communities of Ti Palmis and Nan Mango on the island of Lagonav, off the western coast of Haiti.  Today, as we enter into a new phase of the partnership, the MCI’s will extend beyond the initial two communities and across Lagonav’s communal section of Ansagale on the island of Lagonav. The collaboration between SSND and Beyond Borders is focused on ending violence against women and girls in Haiti and preventing parents who are poor from sending their children into domestic servitude as restaveks.  The Model Community Initiative seeks to provide holistic community-based support to address the root causes of violence and restavek.  Please click here to learn about the progress made in the first five years of the Haiti Partnership.

As the province’s engagement in Haiti has evolved in partnership with Beyond Borders, SSND sisters, associates and mission colleagues  have learned about the urgent needs of the people of Lagonav, Haiti.  Our sisters have visited the island and felt compelled to identify further ways that SSND can help support.

Visitors to Lagonav, Haiti, remember sitting in circles outside or on hard wooden benches inside simple churches. Often they watched Freda Catheus facilitate gatherings aimed at bringing about social change in Haiti.

The Haiti Committee has begun the Mother Tongue Book Project with the goal of connecting Haitian and US students in an activity of reading, writing, and understanding each other’s cultures, and to expand understanding of interculturality in order to prepare for living with those of other cultures in community and society. 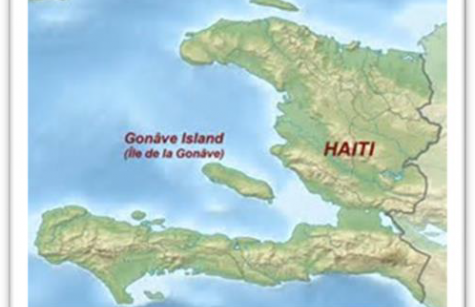 Get the most recent update on the Teacher-Training Program, one facet of the development approach employed by the SSND partner, Beyond Borders, called the Model Community Initiative, (MCI) on the island of Lagonav.

As we celebrate the fifth anniversary of Laudato Si’ (LS) during the coronavirus pandemic, our partnership with Beyond Borders in Haiti helps us see the relationship between persons who are poor and planet-related concerns (LS 16). Although the global nature of this pandemic is obvious, countries like Haiti are expected to experience significant additional suffering due to challenging political, economic, and social conditions.

Notable dates in May for Haitian History and Culture 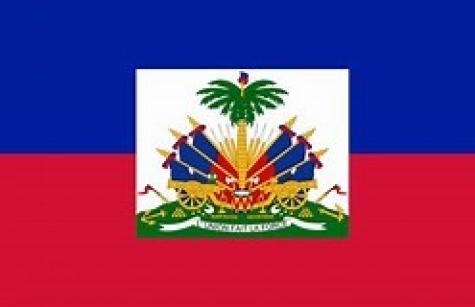 May 1st     Labor and Agricultural Day - a national holiday in Haiti.

May 2nd    Flowers’ Day was celebrated during the Duvalier era in the capital’s bicentennial plaza decorated with flowers and the colors of the Haitian flag with artists and musical groups.

May 18th   Haitian Flag Day.  In a pact signed by the Black and Mulatto officers at the May 1803 congress, the officers created the Haitian flag on the last day of the congress.

Reflections from the 2020 Teacher Training

Dr. Pallett, of NDMU and the rest of the training team met with 14 teachers and administrators from three different schools to share training on the topics of mathematics instruction in grades K-3 and teacher observation and supervision. The team provided many manipulative materials for teachers to use with students so that active learning replaced direct instruction in this highly effective teaching model.

AMSSND is committed to the goal of universal access to clean water. As part of that commitment, our province engages in education and advocacy efforts regarding the spirituality and vitality of water around the world and how to protect it. We advocate changes such as the elimination of bottled water, straws, and other plastics that pollute the earth's water and the life depending upon it. We also support and learn from projects that provide life given access to water.

Sisters Sarther and Limétèze Pierre-Gilles recently visited Lagonav, Haiti.  In this webinar, they share about their experience engaging with the people there and how SSND’s partnership with Beyond Borders is having an impact on the ground.

23 families supported by SSND members and friends will “graduate” 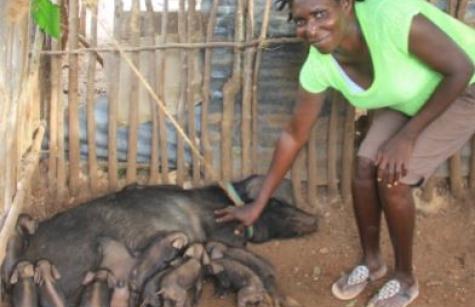 The goal of Beyond Borders’ Hurricane Matthew Family Sponsorship Program is to ensure that every family is able to live independently and with dignity.