Globally there are as many as 244 million people ‘on the move.' People migrate for many, varied reasons. Some people are voluntary migrants who leave their home for reasons of employment or reunification with family and friends. Other people experience forced migration.  They are often forced to leave their homes in search of safety, chased by factors including war, natural disaster, political violence, social oppression, and economic insecurity. Depending upon the reasons for their decision to leave their homeland, most migrating people fall into one of three descriptive categories: Immigrant, Refugee, or Migrant.

Immigrant: An immigrant is a person who is a non-native in a country where they reside; they do not possess birth-citizenship. An immigrant settles or resides there, especially as permanent residents or naturalized citizens, in order to take up permanent employment as a migrant worker or temporarily as a foreign worker.

Migrant: Anyone moving from one country to another is considered a migrant unless he or she is specifically fleeing a proven situation of war or persecution in which case they can be considered a Refugee.

While people voluntarily migrate for a variety of reasons every day, forced migration and displacement is a growing global reality.  According to the United Nations, the recent uptick in human migration represents a huge surge since the year 2000.  At the beginning of 2016, more than 60 million, or nearly 1 out of every 100 people worldwide have been forcibly displaced from their homes. This represents the highest number of migrants since World War II.  Migrants, Refugees, and Immigrants all face danger, prejudice and fears as they seek safety and their human rights to life, liberty and the pursuit of their dreams.  People on the move, such as migrants, refugees, and immigrants, are frequently exploited. Absent clear and practical policies in countries where they seek safety, they become vulnerable to many forms of abuse, especially human trafficking.

Read Our Corporation Stance on Immigration

The reasons for forced human displacement include factors such as wars/conflicts, economic crises, political instability, and environmental disasters.

Why be concerned?  The United States has not passed a comprehensive immigration reform law in over 20  years.  The U.S. immigration system is broken and is in need of reform. Because it is almost impossible for people to migrate to the U.S. legally, there are approximately 11 million undocumented immigrants living and working in the United States.  Stop gap measures such as immigration detention and deportation without due process under the law, racial profiling and arbitrary immigration raids are on the rise in the United States.  These practices raise grave concerns regarding the integrity of the U.S. Constitution and the future of the nation.

Remembering a Migrant Shot and Killed at the Border

“We prayed that our ceremony of honoring his life of 31 years would bring some comfort to his family and we resolved to continue to speak out for the reforms in immigration policy that could make it possible for fathers like Carmelo to find employment legally. ~ Sister Lucy Nigh, SSND

Called to be Dangerous Women (and Men): The Triune God impels us into the heart of the world! Join us for our 2022 Lenten Series. 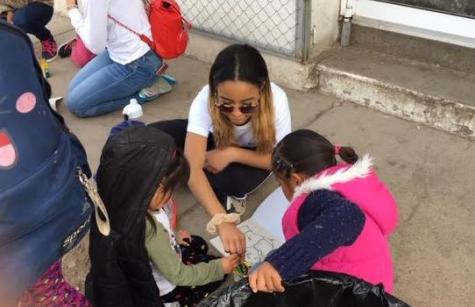 DACA stands for Deferred Action for Childhood Arrivals. The program offers some legal status to young people who were brought to the United States as children without proper documentation, allowing them to work and attend school without fear of deportation. For recipients of DACA—often called Dreamers—the United States is the only home they have ever really known, but their status is in limbo since the Trump Administration is continuing efforts to shut down the program. The only permanent solution is legislative action from Congress.

Undocumented students occupy a very precarious and uncertain position. Many fear for their own safety and well-being. Others are left to wonder what the future may hold, or if they will be able to enjoy the opportunities a college education can provide. 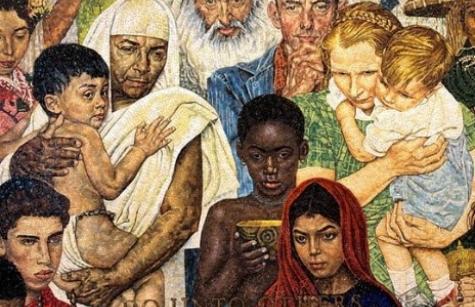 On this World Refugee Day, we pray for the nearly 70 million people around the world who have been forced to leave their homes, including more than 25 million refugees, over half of whom are children. Please watch our video and pray with us.