Why is the issue of Climate Change so urgent?

While Earth’s climate has fluctuated throughout its history, the exponential emissions increase that has occurred since the industrial revolution make it extremely likely (greater than 95% probability) that the current warming trend is the result of human activity.  The U.S.  National Oceanic and Atmospheric Administration (NOAA) has found that the past four years have been the four hottest years on record for the globe, and the twenty warmest years on record have all occurred in the past twenty-two years.  According to the World Meteorological Organization (WMO) Deputy Secretary-General Elena Manaenkova, “These are more than just numbers. … Every fraction of a degree of warming makes a difference to human health and access to food and fresh water, to the extinction of animals and plants, to the survival of coral reefs and marine life. It makes a difference to economic productivity, food security, and to the resilience of our infrastructure and cities. It makes a difference to the speed of glacier melt and water supplies, and the future of low-lying islands and coastal communities. Every extra bit matters.”
More than 97% of climate scientists agree that human activity is causing, or seriously impacting, global warming. The scientific consensus is clear, so while political ideology can inform our responses to the issue, it should not stop us from taking action. Further, regardless of our interest in politics, we each can adopt a personal lifestyle that limits the negative impact we make on the planet. For example, using reusable bags instead of plastic ones; filling a reusable bottle with tap water instead of using bottled water; and eating one vegetarian meal per week are all green habits we can adopt that make a difference for the health of our planet!

While some of us might not feel the immediate effects of climate change and environmental degradation, they bear significant consequences for our human neighbors and the natural world. At least 1000 species every year become extinct (compared to the 1-5 species annually that would become extinct naturally); human-made structures such as border walls, highways, and oil and natural gas extraction systems destroy ecosystems and disrupt animal migration flows;  and 6.3 billion tons of plastic waste generated by human beings are not recycled and end up cluttering the earth and our oceans, harming wildlife and ecosystems.

In addition to these harms inflicted on the earth and its plant and animal species, climate change and environmental degradation pose serious hazards to human beings, as well: Air pollution causes 7 million premature human deaths each year; and climate-related hazards, such as floods, storms, wildfires, drought, and extreme temperatures, destroy livelihoods and decimate whole communities. In fact, 21.5 million people annually are forced to leave their homes due to climate-related hazards,  and millions more in coastal areas are projected to lose their homes in the coming decades due to accelerating sea-level rise. Further, conflicts in violent regions are made worse by things like limited water supply or crop failure due to drought. The consequences of climate change are far-reaching, and can be felt, for example, in the global economy and the global migration crisis. Climate change and environmental degradation already affects all of us, although some are more heavily burdened than others.

Goal 1 - Response to the Cry of the Earth 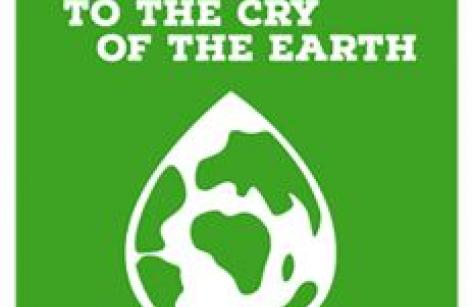 Goal#1: Response to the Cry of the Earth

(Greater use of clean renewable energy and reducing fossil fuels in order to achieve carbon neutrality, efforts to protect and promote biodiversity, guaranteeing access to clean water for all, etc.)

Monsignor Bruno-Marie Duffé, emphasizes that the Season of Creation "will be a critical time for Catholics to raise the voices of the most vulnerable and advocate on their behalf." 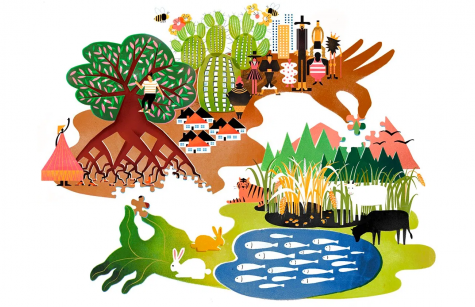 Recently, while driving home, I saw a small sign on the side of the road advertising an EcoFest from 2:00-4:00 at the Presbyterian Church in Churchville, Maryland.