At this critical turning point in the sacred history of creation and humanity,
we have heard our deep desire to trust and dare (YAS, C 4).

The climate crisis is the critical concern of our time. Global warming is driving dramatic changes in earth’s climate.  These developments are bringing about troubling consequences for life on planet Earth.  If we do not address global warming, the earth will become an even more hostile environment for our children. We have until 2030 to turn things around.

The warming of the planet is due to the release into the atmosphere of unprecedented amounts of greenhouse gases, especially carbon dioxide, methane, and nitrous oxide. Carbon is released into the atmosphere as carbon dioxide through human activities such as burning fossil fuels (coal, oil and gas).  Current emission levels of carbon dioxide and the other greenhouse gases are much higher than in pre-industrial times (42% more). This is playing havoc with the normal “greenhouse effect” which keeps our earth at a comfortable temperature; too much of the energy from the sun is trapped and the Earth’s temperature is rising above acceptable limits.  In order to change the catastrophic trajectory of the current trend in global warming, we need to limit global temperature rise to 1.5 C/2.7 F above pre-industrial levels. Part of this means achieving net-zero emissions globally by 2050. This requires a series of courageous and daring actions in the political, business, technological, and social spheres. We humans must change our fossil fuel dependent lifestyles. It is imperative that we become consciously aware and intentional about how our lives and our choices negatively impact planet earth and threaten the lives of billions of people and species.

In fact, those who are most impacted by consequences of increased global warming and climate change such as severe storms, droughts, famine, and water shortages, are persons who are already vulnerable, especially persons who are poor. In light of this, Pope Francis’ in Laudato Si’, an encyclical that has made a significant contribution to the Social Teaching of the Catholic Church, underscores the connections between the suffering of earth and the suffering of persons who are poor.  He writes, “we are faced not with two separate crises, one environmental and the other social, but rather with one complex crisis which is both social and environmental.  Strategies for a solution demand an integrated approach [integral ecology] to combating poverty, restoring dignity to the excluded, and at the same time protecting nature.”  (LS 139).

SSND Mission and Addressing the Climate Crisis
Pope Francis points out in Laudato Si’ that Earth, our common home, is in crisis.

At the heart of the crisis is a fractured relationship between the human species and the rest of the Earth community.  God did not design human beings to be apart from creation; rather, we are created as part of creation — interdependent members of the total community of life. This sense of oneness with creation is emphasized in the SSND Constitution, You Are Sent (YAS) which reads in part, “our mission is to proclaim the Good News as School Sisters of Notre Dame, directing our entire lives toward that oneness for which Jesus Christ was sent” (YAS 4).

As a result, we are compelled to promote God’s vision of oneness while helping others to recover and witness right-relationship with each other and Earth through a conversion of attitudes and behaviors. As the Directional Statement of the SSND 24th General Chapter illustrates, promoting oneness through educating, advocating, and acting is a necessary and critical contribution to the flourishing of human beings and planet Earth.

Recently, the School Sisters of Notre Dame (SSND) have committed themselves to embrace a vision of integral ecology and to take a 7-year journey to become a Laudato Si’ Congregation. This decision, framed by the Seven Goals of the Laudato Si’ Platform for Action, holds profound implications and possibilities for the life and mission of the School Sisters of Notre Dame and the wider SSND network.

As a Laudato Sí’ Congregation, SSNDs are inspired by Pope Francis’ encyclical to live in such a way that our lifestyles and our spirituality reduce and eliminate greenhouse gases, while promoting the health and sustainability of all of creation. We understand that our greatest contribution to address climate change is to educate, advocate, and act in ways that lead to personal conversion and social transformation.  Guided by the SSND mission of making one, we believe “integral ecology” can be achieved through sustained collaborative efforts among Sisters, Associates, and Staff across the SSND network.

We invite you on this journey with us.

Climate Crisis As A Spiritual Path by Joanna Macy 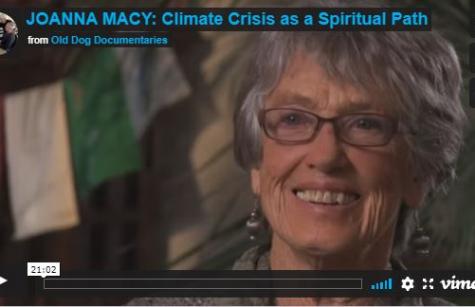 In this video Joanna Macy speaks beautifully about how to live with inner peace, even while being aware of some of the unprecedented – and often overwhelming – global challenges we face today.

A Spirituality For Addressing Global Warming by David Lowry 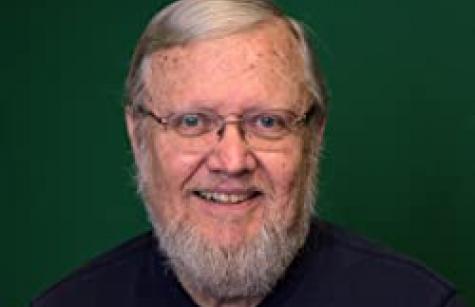 "We have been witnessing cataclysmic destruction by drought and fire in the West and wind and water in the Southeast and Northeast. Many in those regions are suffering multiple losses. Lives have been disrupted and some are grieving the loss of loved ones. What we are witnessing directs us to prayer and action." 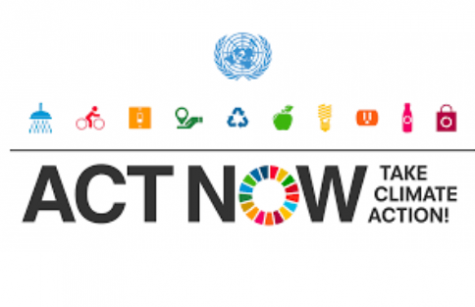 9 US Agreements at COP26

2 - The United States recognizes that without halting deforestation and restoring forests, we cannot reach net zero emissions by 2050, and we cannot limit warming to 1.5 degrees Celsius. Forests could provide one-third of global mitigation by 2030 – by reducing emissions from deforestation and forest degradation and by enhancing the carbon sequestered from the atmosphere through forest restoration.

Canada is among 19 countries promising to eliminate greenhouse-gas emissions from some international shipping routes at the COP26 climate talks in Scotland Wednesday.

Canada should be a world leader in the fight against climate change, but the Canadian government must act to protect the boreal forest if they're serious about tackling our climate crisis.

The Blue Sapphire of the Mind

Read this wonderful reflection by Cyrile Sincock on a four-week Earth Literacy zoom course exploring the theme:“cultivating a sense of place in a time of loss". 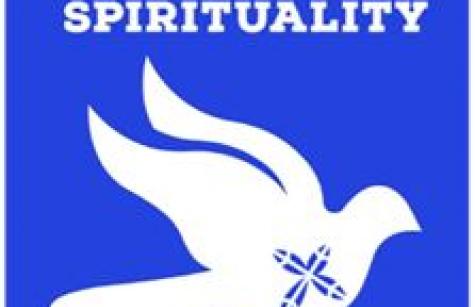