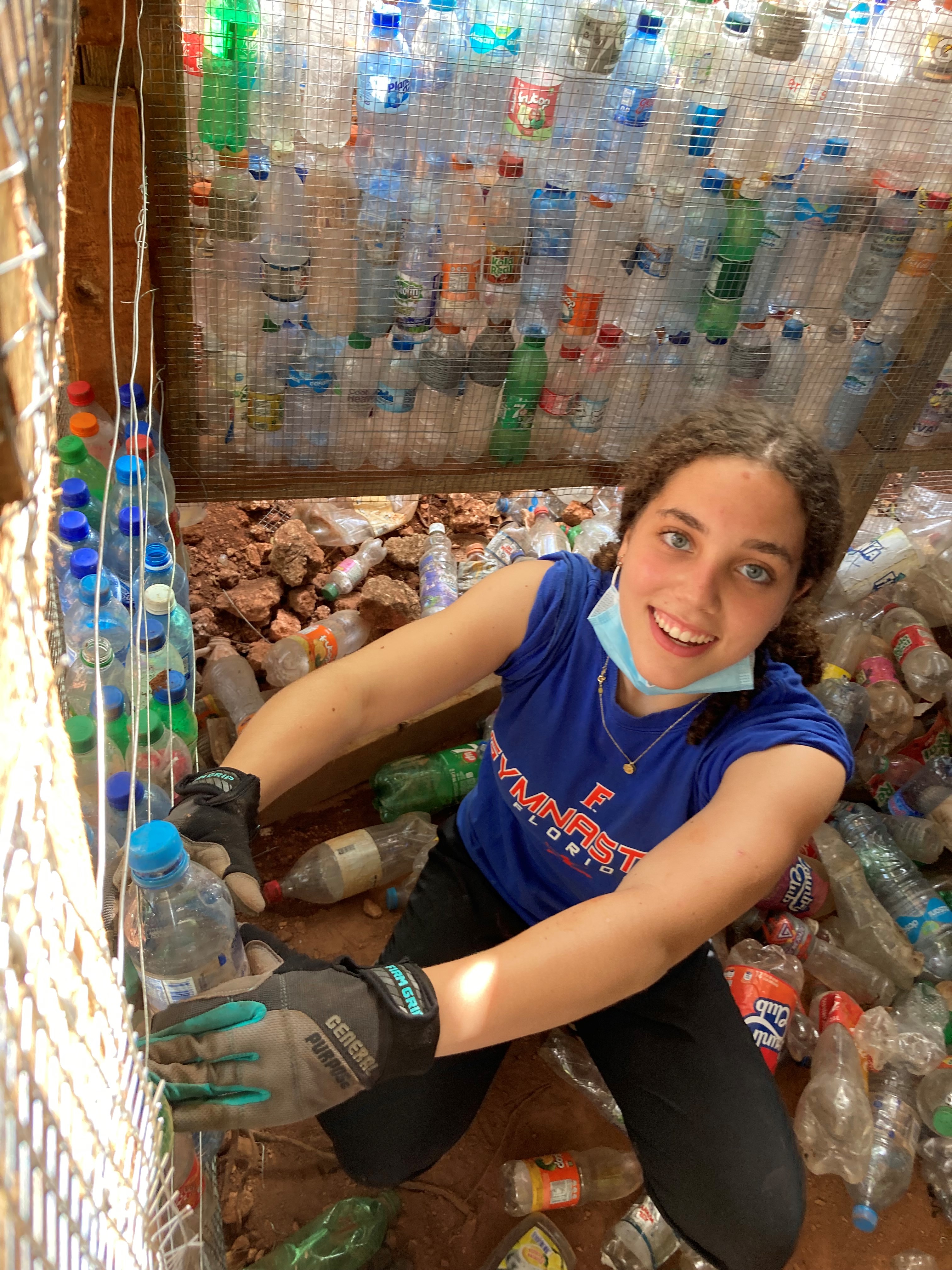 Holly Foothorap has a new appreciation for the value of a plastic bottle. During a 10-day service trip to the Dominican Republic, this Academy of the Holy Angels senior repurposed these ubiquitous recyclables to construct a durable home for a local family.

“It was a short 10 days, but no doubt the best 10 days of my life,” the West Nyack, New York, resident shared. “Doing something like this was far out of my comfort zone in every way, from the large insects to doing something with no one I previously knew.”

Foothorap spent several days in a small village, where she and her team constructed a home for a single mother and her children. The volunteers worked together as part of a Global Leadership Adventures crew.

“The house was framed using wood planks laid out in squares,” Foothorap explained. “One side of the frame would already be covered with chicken wire, while the inside would just have pieces of wire reaching across from block to block. Basically, this layout allowed us to stack plastic bottles into the frame of the house without them falling out. We stacked bottles sideways and upright with the goal of trying to fit each one in just the right place so it would fully insulate the wall of the house.”

The team used bottles of varying sizes, including those that once contained soda, water, and juice. Student volunteers later covered the bottle-filled walls with cement, and added a metal roof to the new house.

Foothorap was delighted with the family’s positive reaction to the construction project.

On the last service day, the team traveled to the village of La Grua. There, Foothorap and her peers mixed and spread concrete to replace a dirt floor in a local home.

“There are so many memories that stand out to me,” Foothorap said of the experience. “I would say the best moments of my entire life were at La Grua. After laying the concrete, we got the privilege of playing with some of the Dominican children. We gave them piggyback rides, and played hand games and soccer.” She added, “The smiles on the children’s faces are something I will never forget. They barely had any idea who we were, and we didn’t speak the same language, but they were so trusting. It was simply wonderful.”
The team also indulged in “adventures,” including a farewell snorkeling trip.

Now that she has witnessed how volunteers can make a difference, Foothorap said she would like find a way to continue to work within the DR’s smaller villages.