THE AMAZON CRIES OUT! 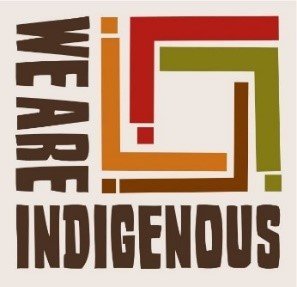 “Humanity still has the ability to work together in building our common home.”
– Pope Francis

This quote summarizes the essence of my thoughts from several presentations I attended last April at the 18th Session of the United Nations Permanent Forum on Indigenous Issues (UNPFII), which captured my attention because many sessions focused on the Amazon. My first thought was: “How does the Amazon impact the rest of the planet?”  By the end of the forum, I learned several things, for example, the Amazon is home to 390 different communities with their own cultural identities; its forest produces 20% of the world’s oxygen and has the most extensive biodiversity on the earth; and most importantly, its natural and cultural heritage is threatened by extractive industries and infrastructure projects. For us, as School Sisters of Notre Dame, it is most important to remember that we are present in Brazil and Peru which are two of the nine countries that cross the Amazon.

This information helped me realize that the Amazon, is not “just a place” on the map; its survival is crucial to the rest of the planet.  There is a domino effect that happens every time something or someone misuses or disrespects the environment and the people of the Amazon.  As a result, the Amazon is crying out for help.  How is it that a place has a voice?

That voice comes from two people who know, love, and have lived in the Amazon.  Jair Reis’s voice pleaded with us: “The Amazon cries out from so much destruction and oppression. Today, life is very difficult for us because our land is being destroyed and taken away from us.” And, Justino Rezende, SDB, PhD, an indigenous priest, said: “Many people are dying, not only physically, but also spiritually because they are deeply connected with mother nature; if the Amazon dies, they die too.”  As the voice of the Amazon, he closed his remarks saying, “If you are listening, speak up and share this information with all people.”

For more information about this topic visit  GreenPeace: Amazon Rain Forest   and  The Synod of Bishops for the Pan-Amazon Region.