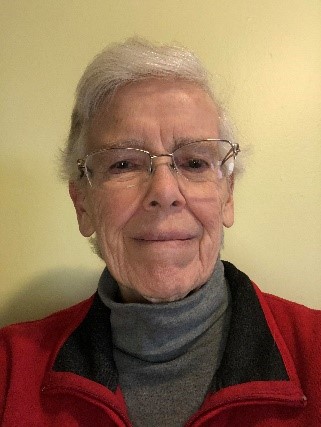 In August, Sister Pat Ferrick and three other SSNDs traveled to the Humanitarian Respite Center in McAllen, Texas to volunteer and to review the migrant concerns at the US-Mexican border for the Mission Awareness Process (MAP) .

According to the MAP mission statement, this SSND ministry “offers SSNDs, Associates, affiliates, and friends of SSND a concrete experience of solidarity with people of diverse cultures and Earth. The goal is to provide a transformative experience bringing all to a fresh awareness of our oneness, our interconnectedness and our interdependence. Central to the process are prayer, community, and ministry.” Over the years, MAP has coordinated pilgrimages to the border and to other SSND ministry sites to raise awareness of various Justice, Peace and Integrity of Creation issues. (Read more about these here.)

At the shelter in McAllen the Sisters encountered 1300 migrants, many of them families with young children who had been vetted by the US government and were in the process of getting tickets to travel to their sponsors in different parts of the country. At the respite center, they received meals, clothing, medicine, diapers, toiletries and food for their journeys, which for the majority of them involved several days of travel by bus. The Sisters collaborated in preparing the supplies and giving them out to the migrants.

The situation described at McAllen was what the four SSNDs experienced at the respite center at the beginning of August, but the situation is likely very different now. Change is a constant at the border.

Sister Pat has experienced diverse realities over the course of her ministry among migrants. Each place, each time, each context has been unique. In El Paso, for example, when she and three other SSNDs were volunteering at a shelter, there were 350 people arriving each day; when they visited several months later, there were 25.

The people migrating and finding refuge at the shelters vary in nationality: Haitians, Hondurans, Venezuelans, Russians, Indians, etc. The neighborhoods where the US authorities drop off the migrants and the reception that the migrants receive when they arrive are also very different.  In El Paso, Texas the local community was sympathetic to migrant needs and volunteers were plentiful; in McAllen, Texas, another border community, residents were less helpful and at times hostile, and there were fewer volunteers to help. Donations needed and received fluctuated: milk might be abundant one day but non-existent the next, diapers may be plentiful for newborns but not for toddlers. The situation is very complex.

One constant is the hardship of the migrants. “My heart bleeds for these people,” said Sister Pat as she outlined the difficulties experienced by migrants before, during and after they enter the USA.
“No one leaves home unless home is the mouth of a shark” she said, quoting the opening lines of the poem “Home” by Somalian poet Warsan Shire, which has given voice to the refugee experience around the world. Refugees, immigrants and migrants are for the most part courageous people who want to protect their families and give their children a future free from poverty, gang violence and climate instability. The trek to the border is fraught with danger: human traffickers, drug cartels, gang violence, desert heat (131°F / 55°C) and torrential rains. The border wall is in parts a lethal deterrent that drives the people to more remote areas of the desert, but it does little to dissuade the desperate attempts of the migrants; in other areas, it is a useless showpiece, as seen in the outskirts of McAllen.

Once at the border, migrants must wait in Mexico until their cases are heard or they are summarily deported. In late August, the U.S. Supreme Court denied President Joe Biden's bid to revoke the immigration policy put in place by Donald Trump that required asylum seekers to stay in Mexico while waiting for their U.S. hearings. Mexico does not want the migrants and does little or nothing to alleviate their difficult and dangerous living conditions. It can take years for an application to be considered by an immigration judge, if the migrants are not summarily deported without a hearing. In the meantime, the people wait. They are vulnerable, prime targets for exploitation. “The system is broken,” stated Sister Pat.

As School Sisters of Notre Dame, SSND Associates and colleagues, we stand in solidarity with the most vulnerable. In fact, one of the five areas of concern in the Atlantic-Midwest Province is Immigration/Migrants/Refugees. So what can the rest of us do? Information and suggestions can be found here on our North American SSND website. Together we can work to transform our world.