89. The created things of this world are not free of ownership: “For they are yours, O Lord, who love the living” (Wis 11:26). This is the basis of our conviction that, as part of the universe, called into being by one Father, all of us are linked by unseen bonds and together form a kind of universal family, a sublime communion which fills us with a sacred, affectionate and humble respect. Here I would reiterate that “God has joined us so closely to the world around us that we can feel the desertification of the soil almost as a physical ailment, and the extinction of a species as a painful disfigurement”.

Reflection: Such powerful words in this paragraph: we are so joined to the world that we can “feel the desertification of the soil” as a “physical ailment” and the extinction of a species as “painful disfigurement.” Sit with the idea that as the earth and her creatures are disregarded, the pain is personal. Journal about your reflections, and discuss with someone else if possible. 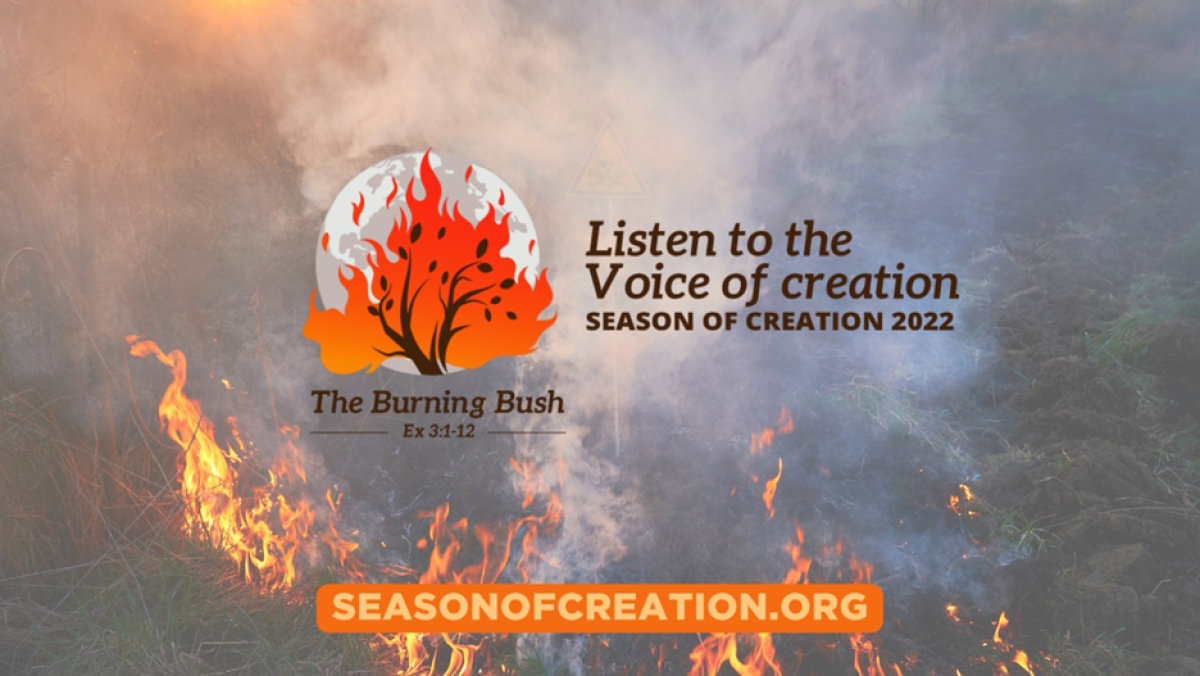 For full resources on the Season of Creation click here. Consider this SSND International Solidarity Reflection prayer service for your local community, school, or ministry during this Season of Creation. For a beautiful liturgical guide that’s easy to use and access, click here. The Friday newsletter will offer short pieces on a theme each week for the five weeks of Season of Creation, to include education, contemplation, and action.

The interviewer: From the high point of your eighty years, how do you see your life in reference to the future and to God? “The real high point of my life is still to come. I mean that abyss of the mystery of God, into which one lets oneself fall in complete confidence of being caught up by God’s love and mercy forever.”  Karl Rahner, SJ, months before he died in 1984. Faith in a Wintry Season. New York: Crossroad, 1990.

Consider this: “The Unexpected Power of Random Acts of Kindness” – and then act on it this week. Offer hope to someone else in small gestures.

Christian conversion requires new thinking and new living, a continual change of mind and heart as individuals and as community. Our call to conversion and our response find expression in…. courageous coping with insecurities and fears (19); attempts to alleviate human suffering, especially that of the poor (20); the promotion of justice and peace (20). We struggle to live by the conviction that love is, indeed, the fulfillment of the law. (You Are Sent 51a, 19-21; 51b)

Read these articles about the southern Arizona border, where people attempt to cross into the US. Consider human dignity, that every human being is created in the image and likeness of God and is due dignity because of their creation. Dignity is not earned; the right to dignity is God-given.

On August 24, 2022, the Department of Homeland Security and the Biden administration announced a final rule on the Deferred Action for Childhood Arrivals (DACA) policy which will maintain DACA protections for 800,000 undocumented young people living in the United States. Read more, and see the need for comprehensive immigration reform.

If you haven’t had the chance to participate in the book study of Subversive Habits, consider watching the PBS documentary, “Sisters of Selma.” This one-hour documentary, full of historical footage, is a great discussion starter on dismantling racism. It is available free from the archives of Avila University. Watch it with someone else and plan to discuss it afterward.

Future Church lead an amazing four week seminar on the book Subversive Habits, and the last week was lead by the author, Shannen Dee Williams. Even if you have not read the book or were able to attend the series, please watch this video of that last session, and talk to someone about it when you are done.

All change begins with one small step. Commit yourself to reading the Laudato Si’ reflection each week. One paragraph at a time you can stop and reflect on what we are all called to as a Laudato Si’ community! Share some of the parts of the newsletter with others who might not otherwise consider these issues.

The Gospel Fund of the Atlantic-Midwest Province is established for the purpose of assisting in the financing of projects whose goals are consistent with the SSND congregational mandate to reverence all creation and make the concerns of the poor our own. The next funding cycle is open for new applications until October 1, 2022. For full information and to access the online application form, click here.