Access to Water and Human Trafficking
By Sister Ethel Howley 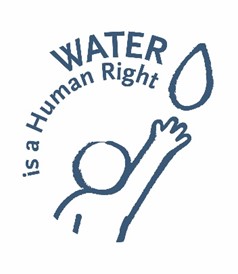 We, SSNDs of the AM Province, have committed ourselves to foster education, action, and reflection on Four Commitments. Two of them, obtaining access to water and eliminating human trafficking, seem to be very different concerns. Yet, both are rooted in fundamental human rights and in the dignity and worth of the human person, as outlined in United Nations documents and Catholic Social Teaching.

As disciples of Jesus, we look to Sacred Scripture for our guidance in relating to our neighbors and our world. Our Judeo-Christian writings do not use the term human rights, but the essential components of human rights  –  freedom, justice, peace, and equity  –  find resonance in our religious tradition. Each of these terms is central to the Bible’s message and each is grounded in God’s promises. In the Ten Commandments, our essential responsibilities toward God and each other are summarized. These standards must be upheld if the world is to be a place where human life is highly valued and protected.   In the Gospel of John, Jesus says, “I have come in order that you might have life  –  life in all its fullness” (John 10:10). This quotation illuminates Jesus’ special concern for the poor, the widow, the orphan, the marginalized, and the powerless of his time.  Can we also hear in these words of Jesus the values of freedom, justice, and peace as stated in the Universal Declaration of Human Rights (UDHR) adopted by the United Nations in 1948?

Unfortunately, since the UDHR was adopted at the conclusion of World War II and there was not a great concern for access to clean drinkable water at that time, access to clean water was not included in the UN Declaration as a human right. However, 62 years later, the 2010 United Nations General Assembly voted to recognize “the right to safe and clean drinking water as a human right.” In Scripture, we do hear about refreshing water and its association with God.  In one universally favorite Psalm, The Lord is my Shepherd, we pray: “I have everything I need. God lets me rest in fields of green grass and leads me to quiet pools of fresh water.” In the Gospel of Matthew, we hear that God will judge us by how we treat those in need; specifically mentioned are the thirsty and our giving or not giving them drink. Also in 2010, in his World Day of Peace Message, Pope Benedict said, “The environment must be seen as God’s gift to all people, and the use we make of it entails a shared responsibility for all humanity, especially the poor and future generations.”

A few years after the U.N. recognized the right to drinking water as a human right, Pope Francis stated in Laudato Si’, “Yet access to safe drinkable water is a basic and universal human right, since it is essential to human survival and, as such, is a condition for the exercise of other human rights.” Francis goes on to say, “Our world has a grave social debt towards the poor who lack access to drinking water, because they are denied the right to a life consistent with their inalienable dignity. This debt can be paid partly by an increase in funding to provide clean water and sanitary services among the poor.”

When we reflect on trafficking in human persons, we recognize it as modern-day slavery. It involves taking victims by force, fraud or coercion into labor or sexual exploitation. Annually, about 600,000 to 800,000 people, many being women and children, are trafficked across national borders or enslaved in their own countries.  Human Trafficking is certainly a violation of human rights, because we know our freedom is intrinsic to God’s design. Similarly, the UDHR states, “All human beings are born free and equal in dignity and rights. They are endowed with reason and conscience and should act toward one another in a spirit of brotherhood” (UDHR #1); and “everyone has the right to life, liberty and security of person” (UDHR #3); and “no one shall be subjected to torture or to cruel, inhuman or degrading treatment or punishment” (UDHR #5). To be created in the image of God is to be given the gift of freedom and the awesome responsibility that goes with that gift.  Our true identity and full potential can only be realized in freedom.

Human trafficking occurs when traffickers exploit the vulnerabilities of others. Globally, there are 844 million people who lack access to drinking water, and water-related natural disasters such as floods and droughts increasingly ruin crops and livelihoods, exacerbating food insecurity. People affected by these water-related crises often decide to migrate to a more secure environment. Lack of access to basic necessities such as food and water, as well as migration, are known to increase vulnerability to human trafficking. 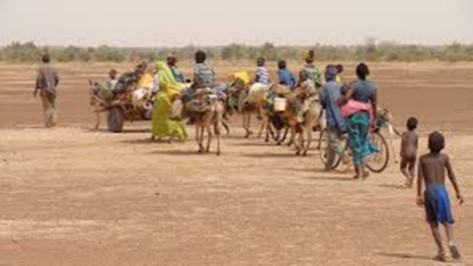 Corresponding to our rights are duties and responsibilities to respect the rights of others and to work for the common good of all. We are all part of one human family and in an increasingly interconnected world, loving our neighbor has global dimensions. After our last Chapter, SSNDs were called to discern which urgent and critical concerns we were called to address, and how we would educate, advocate and act in collaboration with others for the dignity of life and the care of all creation. Our commitments to obtaining access to water for everyone and eliminating human trafficking, for both forced laborers and sex workers, have been a part of our response to this call.