Several of the “retirees” will still be involved at Holy Angels, but will teach only one class, organize service or study abroad opportunities, or substitute teach.

AHA President Melinda Hanlon and Principal Jean Miller paid tribute to each individual, by sharing biographical information and humorous anecdotes. All five retirees will receive a personalized brick that will be part of the walkway that leads from the gym to the track. “Together, they have given AHA 181 years!” Principal Miller said in her remarks. Joan Connelly, head of the Sunshine Club, also presented each honoree with an AHA camp chair and a yearbook that was signed by faculty and staff members. 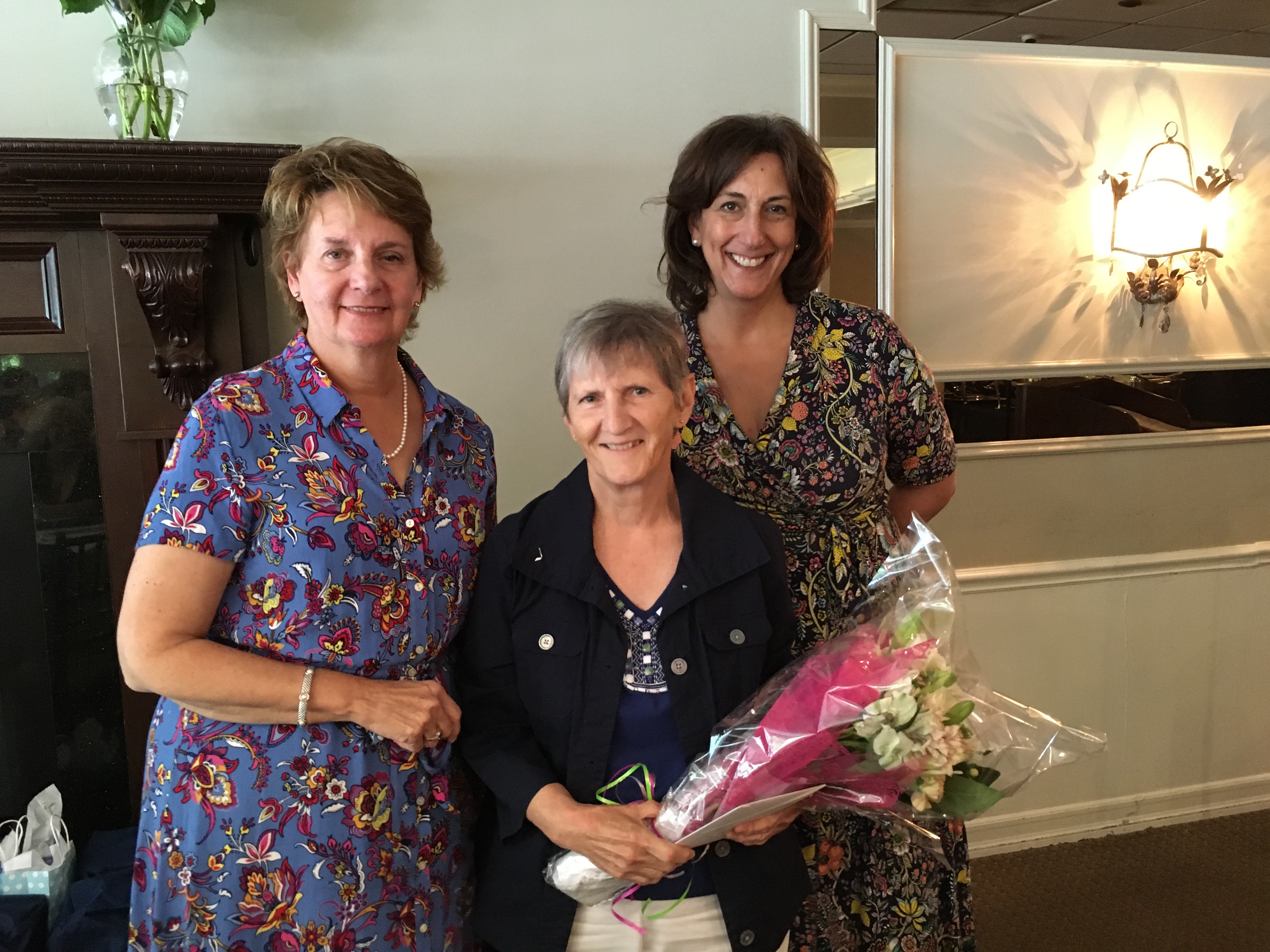 Carol Fay has served as a religious studies teacher and department chair for 46 years. She earned her bachelor’s degree at Seton Hall and received her master’s from Maryknoll Gradute School of Theology. Most recently, she has taught the senior religious studies electives. Fay has worked with the Music Makers for many years, organizing music for the Academy’s Liturgies.

She has also accompanied students on several service trips and immersion experiences, including AHA’s trips to the Mexican border. Fay and her students were featured on WABC TV’s “Tiempo” with Joe Torres in 2018, and were interviewed by Veronica Albornoz from WNBC for a piece that appeared on Telemundo’s national news show, “Hoy Día,” in 2021. Fay enjoys spending time cooking and baking, taking walks, listening to music, reading books, and engaging in great conversations.

Samira Mady holds a master’s from the Lebanese University of Beirut – Lebanon and a Ph.D. from the Université Saint-Esprit Kaslik – Lebanon. She began teaching French at AHA in 1989. In 1998, she was named chair of the AHA World Language Department and moderator of the French Honor Society. Mady and her daughters, Rana and Leila (both Class of ‘03), launched French Connection Help a Child in 2000. This French Honor Society fundraiser benefits the Association Saint Basile, an organization that provides financial educational aid to Lebanese children affected by war. AHA's fundraiser continues, as economic and social instability in Lebanon still impact the education and basic needs of the country's population. 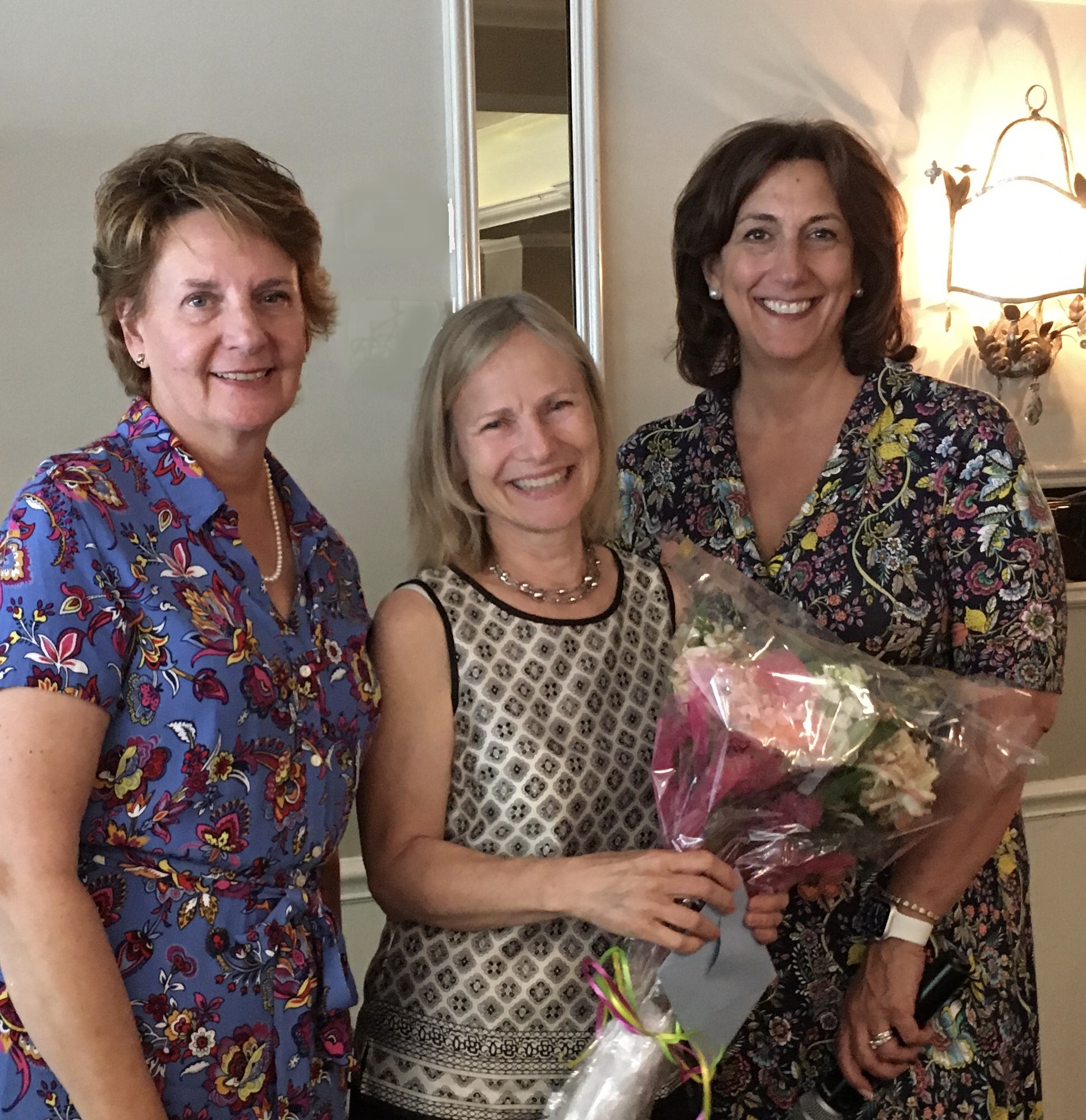 Nancy Schneberger earned her bachelor’s degree and teaching certification at Ramapo College of New Jersey. She began her teaching career in the Bronx, and started teaching at AHA in September of 1988. She was appointed chair of the AHA English Department in 2001.

Schneberger is a life-long learner and an avid supporter of international study. She founded two study abroad programs at Holy Angels, including one for the study of humanities in Salzburg, Austria, and another for critical thinking and public speaking at Oxford University, England. She has received multiple Gilder Lehrman grants to travel and enhance her education, and share that knowledge with her students. In her spare time, she enjoys biking, hiking, and traveling. 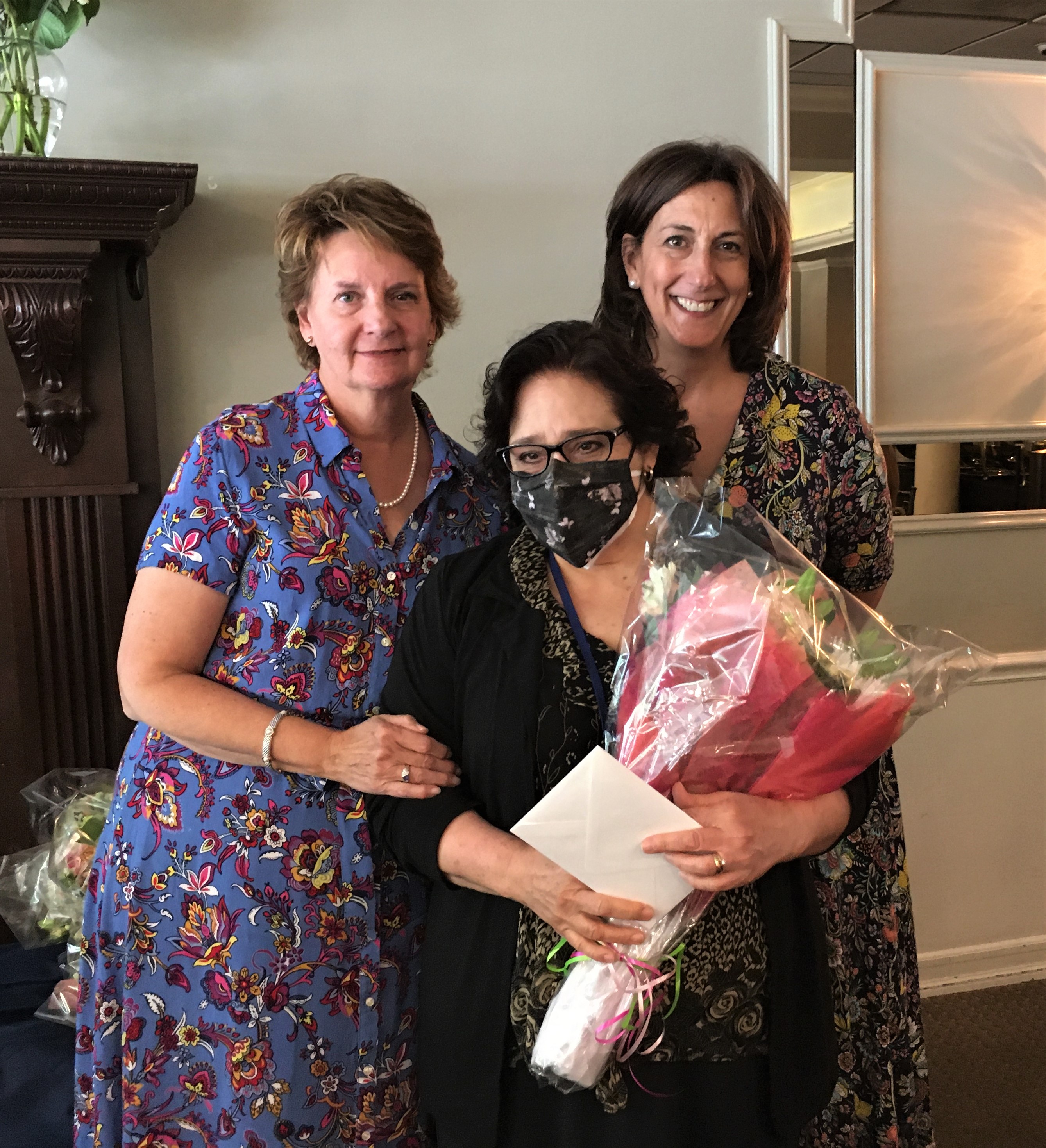 Marisel LeGoff holds a Diplȏme d'Études Approfondies from the Institut de Touraine in Tours, France; and received her master’s at New York University. She began teaching French and Spanish at AHA in 2002. She previously spent seven years at Montclair State University, where she taught a program sponsored by the Spanish Embassy Cultural Services in Washington, D.C. 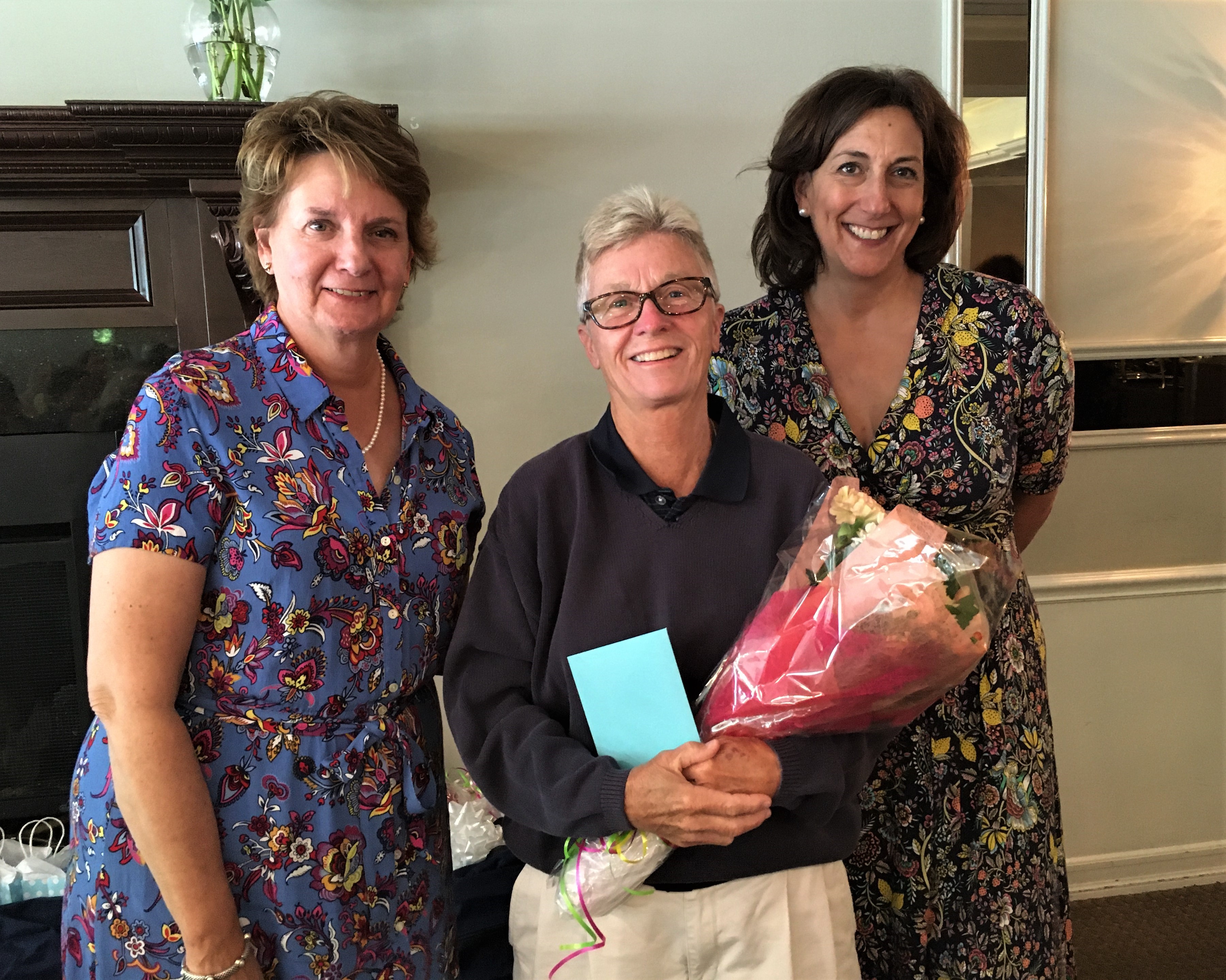 Sue Liddy is a health and physical education teacher who made a name for herself as the coach of AHA’s varsity basketball, varsity softball, and JV tennis teams. Liddy has served as the AHA basketball coach since 1974. Her career record is 770-330. Her teams have won multiple Bergen County Championships, played in several State Sectional Finals, and won a state championship in 1989. Her squad was Team of the Year four times. Her softball teams have made the State Sectionals several times (most recently in 2019). Liddy served as athletic director from 1988-2001. She was inducted into the Upper Iowa Hall of Fame, the New Jersey Coaches Hall of Fame, and the Borough of Closter’s Hall of Fame. In 2018, the floor of AHA’s gym was rededicated as “Lid’s Court.” She has run the Sue Liddy Basketball Camp during the summer for many years. In her free time, she loves to play golf.