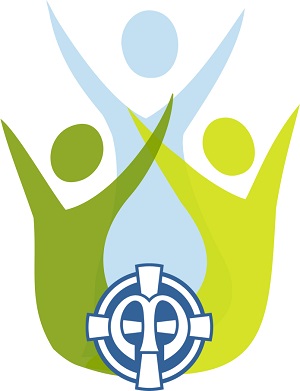 Introduction
Human trafficking is carried out in both rural and urban areas throughout the world. People from all walks of life can get caught up in commercial sexual exploitation, forced labor, domestic servitude, forced marriages, and organ harvesting of millions of women, children, and men. Almost a third of all human trafficking victims are children and over 70% are women and girls. This is shocking as it is more widespread than was previously acknowledged. (Source: UNODC Global Report on Trafficking in Persons 2016)

Call to prayer
The feast of St. Josephine Bakhita on February 8 and the World Day against Trafficking in Persons on July 30 call us to take responsibility for raising awareness of the situation of victims of human trafficking and for the promotion and protection of their rights. We pray for total eradication of this evil among human beings. We ask for the forgiveness of our sins and ask God to enable us to serve, love and make a difference. Amen.

Experience
Edo State in southern Nigeria is notorious for human trafficking. Victims trafficked through Edo are mostly young people, both male and female, who have migrated for various reasons, especially socio-economic reasons. The victims are often moved by public transportation through northern Nigeria to the neighboring country of Niger and through to Libya, where they are trafficked to various parts of Europe.

Before the journey, the victims are required to pay as much as $1,500. Those unable to pay full fees before the journey are allowed to pay something to travel but must complete their payment on arrival in Libya. According to trafficked victims, failure to complete payment has lead to individuals being victimized, abused, and auctioned off for as little as $400 at the Libya slave market.

Victims have also told how female migrants are sexually exploited, rerouted and forced to become sex workers upon failing to complete their payment in Libya. Because victims have agreed to pay for the journey, some would say they are “willing victims”. Nonetheless, they are ignorant willing victims, because they had little or no information about what they would face on the way to Libya and Europe. (“Building Broader Support in the Fight against Human Trafficking in Edo State, Nigeria”, 10 July 2018, Africa Faith and Justice Network)

Samuel Okudzeto Ablakwa, member of parliament (MP) for North Tongu, Ghana,  wants the government to respond to claims made in a CNN documentary that children are being sold for $250 to work on Ghana’s Volta Lake. The report, quoting an International Labour Organisation Report, said there are 20,000 children working for slave masters on the Volta Lake. (“Slavery: CNN report uncovers sale of children for $250 in Ghana,” 3 March 2019, Ghanaweb)

This writer (Sister Helen) had heard of trafficking cases from others; however, she had not encountered an individual involved in trafficking until 2016. On a flight to Rome, the writer entered into a conversation with Esi who sat near her on the flight. When Esi was asked where she was going, she replied that she was traveling to Kuwait. She explained that she was told by the agent in Ghana, who had made the arrangement, that Kuwait would be her destination. Further, the agent explained that she would be going to work as a housekeeper. When asked if she knew what housekeeping meant, Esi replied in the negative. A man who sat nearby overheard the conversation and exclaimed, “Hey”! He related the experience of his niece who became a victim of trafficking through a similar journey to Kuwait.  By God’s grace, the niece was rescued by family members and returned home to Ghana. After hearing about the niece’s experience, it dawned on Esi that Kuwait was the wrong place for her and the job that she was told was waiting did not really exist.

Reflection
Do these young women really know what they are in for when they embark on such journeys?
Trafficking is prevalent in all parts of the world. Where might it exist near you?
More education on trafficking is needed in our churches, schools, and public assemblies to help educate the public. How might that happen in your environs?

Action
Pray for the traffickers and unsuspecting innocent individuals who become victims.
Research and work for economic empowerment for youth.
Participate in local community outreach because community is key to ending illegal migration and human trafficking.
Post information on trafficking through local and international social media.
Network and collaborate with interested groups to help end the menace of human trafficking.

Closing prayer
Almighty God, what must you think of us for putting others in categories, or worse, for eliminating them from our life experiences! Help us to open our mind and hearts to all your children.  May our love for others grow, and may we always be aware that we belong to your large family. May we care enough to investigate and endeavor to eliminate human trafficking in our locale and throughout the world. Amen.