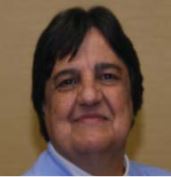 On the first day of spring, March 21, 1944, Barbara Ann was born to Albert and Mildred Colosimo Perry in Philadelphia, Pa.  Her younger brother, Albert, was born a few years later.  Barbara was baptized at the Church of Our Lady of Consolation in Philadelphia.

In 1951, Barbara began her education at Our Lady of Consolation School, where she was taught by the Sisters of St. Francis.  Barbara received the sacraments of Holy Eucharist and Confirmation while under the Sisters’ care.  After graduation, she attended St. Hubert’s High School, where she was active as the class representative, did catechetical work and maintained honors in her studies.

While a sophomore at St. Hubert’s, Barbara’s thoughts first turned to religious life.  After her graduation in 1962, Barbara was accepted as a lay teacher for the Archdiocese of Philadelphia.  Barbara taught second grade at St. Michael the Archangel School in Levittown, Pa., working with the Sisters of Mercy.

Barbara “enjoyed working with children and wanted to dedicate her entire life to their service.”  She credited the realization of her religious vocation to the prayers of the Sisters and the children.  Drawn to the School Sisters of Notre Dame “by their sincerity and good example,” Barbara received the Postulant’s veil at St. Vincent’s Home, Tacony, Pa., on Sept. 7, 1965.  She believed that she could “best do God’s Will in serving Him as a Notre Dame.”

Sister Barbara Ann was received as a novice on July 9, 1966. She professed her first vows on July 22, 1967.  After a few years as a primary teacher at Blessed Sacrament School in Baltimore, Barbara Ann was missioned to St. Mary School, Annapolis, Md., where she remained for 13 years. In addition to teaching, Barbara Ann earned a Bachelor of Arts degree in Education from the College of Notre Dame of Maryland (now Notre Dame of Maryland University) in 1974.

On her return to Philadelphia, Sister taught the children in preschool and kindergarten at St. Vincent’s Orphanage, Tacony; the Nativity of the Blessed Virgin School, and Our Lady of Consolation School until her retirement in 2012.

Barbara Ann’s first love was teaching, which she enjoyed immensely.  Devoting herself to the “little ones,” she cared for them with all her heart. Barbara Ann brought joy to the many lives she touched, and they enlarged her world.

Another strong force in Barbara Ann’s life was love for her family.  She had cared for her father while she worked at St. Vincent’s.  Her devotion to her brother, Albert and his family was always apparent and separation from them in her last year of life difficult for all of them.  Barbara Ann’s visual and hearing difficulties increased her feeling and sense of disconnection.