When Isabela Presti saw that a relative became distressed after receiving a prescription for a new, life-changing Cystic Fibrosis medication, she asked why. She learned that only a fraction of CF patients around the world would have access to the new treatment, and founded Scripts of Love (www.scriptsoflove.org) to help improve these individuals’ lives.

“I was previously aware that patients are often over-prescribed medication -- quantities that go unused when they switch medications. I decided that I wanted to find a way to help others put their unneeded medications to good use, making them available to patients who otherwise would not have had access to them,” said, Presti, an Academy of the Holy Angels senior from Hasbrouck Heights.

“When I was working out the logistics of the idea, I reached out to several social workers, advocates, and other non-profits within the CF community. I was introduced to the CF Bridge of Hope, a nonprofit that helps children afflicted with CF in areas of the world where treatment is not readily available. We formed a partnership, and Scripts of Love became the unofficial source of donations for patients being treated by the CF Bridge of Hope.”

Presti began the planning process in December 2019, and officially launched Scripts of Love on March 5, 2020. She planned to visit CF clinics to raise awareness for her program and encourage donations for the CF Bridge of Hope. When COVID-19 stopped her in-person visits, Presti turned to social media, which she called a blessing in disguise.

“We immediately gained worldwide engagement,” she said. “We no longer had to seek out donors, but they were coming directly to us.” (See @scriptsoflove on Instagram.) 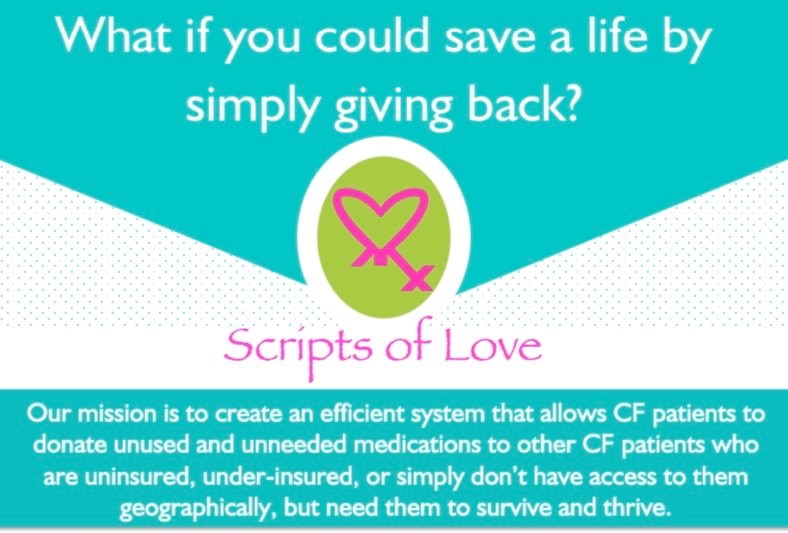 “So far, we have coordinated donations amounting to $307,867 and have helped patients from Central and South America, the Middle East, and Eastern Europe,” she reported. Asked if she plans a career in medicine, Presti responded, “I'm hoping to pursue a career in the music business, but I'm going to bring Scripts of Love with me wherever I go!”

Before her senior year at AHA, Presti was chosen to attend the Hispanic Scholarship Fund's Summer 2020 Youth Leadership Institute. The program was planned as a week-long conference in Los Angeles, California.

“Although it ended up taking place virtually, it was still an amazing experience! There were over 50 total speakers throughout the week, including admissions officers from top colleges around the nation, CEOs and top executives from extremely successful companies, current congressmen, and TV personalities, which made for a lot of fun and some unexpected surprises,” Presti reported. “The Youth Leadership Institute prepared all of the participants to make the best futures possible for ourselves, in and beyond college and in our professional careers. The speakers all shared their experiences in their professions and provided insight on how they got to their current positions, and taught us about the importance of networking and presenting yourself in the best possible way. After participating in the YLI, I learned to be much more confident in everything I have to offer, and I also made some amazing friendships.”

Presti recently received the Williams College Book Award for demonstrating intellectual leadership and making significant contributions to the school’s extracurricular life. Presti is a member of the National Honor Society and the Thespian Honor Society. She participated in AHA’s 2019 Oxford Study Abroad program, is active in the Academy’s DECA chapter, and sings soprano with the AHA Concert Choir.