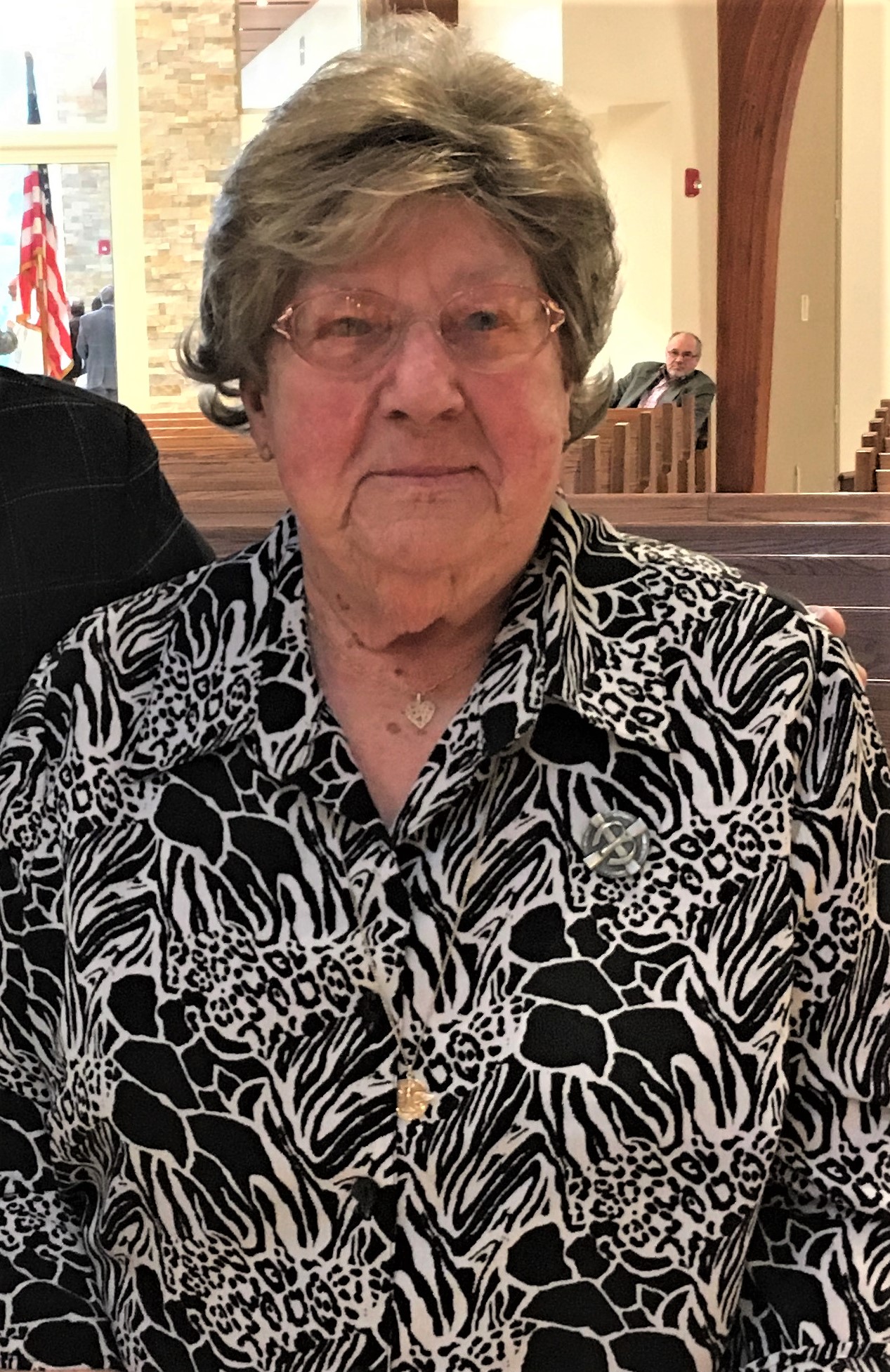 Sister Henrice Eckert, SSND, has witnessed a good deal of history before and after her 1941 graduation from the Academy of the Holy Angels. This June, she will celebrate her 99th birthday and the 81st anniversary of her graduation from AHA. She has been a School Sister of Notre Dame for 77 years, and retired at age 88. She recently shared her recollections about AHA and some personal details just in time for Women’s History Month.

S. Henrice was an aspirant at the Academy’s former campus in Fort Lee. This four-year high school accepted those who aspired to become School Sisters of Notre Dame. After her 1941 graduation, she continued her training in Baltimore, Maryland.

“The top floor of the Academy’s Fort Lee building, then, was strictly used for the aspirants who were not allowed to interact with the other Academy students,” she explained. “Years later, as a religious sister and after teaching in many areas on the East Coast, I was sent to Holy Angels as a biology teacher and then guidance counselor.”
At the time, there were movie production companies working across the street. “It was quite exciting even though we could not be close to the action!” S. Henrice recalled.

An elevator connected the three floors of the former school building, but students were not allowed to use it. “Don’t tell anyone: They did when nobody was looking,” S. Henrice confided.

The George Washington Bridge was very close to the Academy’s previous campus, and when construction began on the lower level of the bridge, some AHA property had to be sold and cut away to make room for the highways that were being constructed.

“The blasting could be heard and weakened the structure,” S. Henrice said. “Sometimes, the plaster fell from the walls and ceilings.”

In 1965, Holy Angels moved to Demarest. “It was painful to let go of the beautiful Golden Dome and other traditions that were part of the Fort Lee campus,” S. Henrice acknowledged. “The original school song mentions the dome. ‘With stately dome arising high and golden cross above, imbued by age with majesty embracing all with love…’ These words were changed when the school was moved to Demarest.”
\
S. Henrice and other SSNDs organized and packed everything that had to be moved to the new campus. Caravans of vehicles driven by students and parents traveled down 9W to Demarest. Forty sisters were preparing to move into the convent, which is now Sister Genevieve Kelleher Hall and home of the new AHA Middle School. Before they moved into their new residence, the AHA Parents’ Guild arranged each sister’s bedroom. S. Henrice remembered the care guild members took in choosing a color scheme for each room and decorating with curtains, bedspreads, etc. She remembered that the rooms were long and narrow, and each one included a bed, a desk, a sink, and a closet.

S. Henrice taught biology in Fort Lee and Demarest. Her responsibilities also included working on the bazaar fundraisers held in the Academy’s gym, and organizing ski trips that included excursions to Italy. While S. Elaine was principal, she asked S. Henrice to step into the guidance counselor’s role she would hold for the next 25 years. For a few years, she was the only guidance counselor for over 500 Angels. She spent many hours, sometimes working until 10 p.m. working on student recommendations.

In 1988, she was named vice principal at Holy Family School in Norwood. Her responsibilities also included serving as a guidance counselor and religion teacher. She organized the “first Friday” Masses, the May procession, eighth grade graduation, and various fundraisers.

She was named Teacher of the Year by the Archdiocese of Newark, and received the HFS Legacy Award. She still receives thank you messages from former students who say she recommend the best college for them, or helped them through a personal crisis.

“S. Henrice was my guidance counselor,” AHA Principal Jean Miller (AHA ’83) said. “She helped me to apply to college (I only applied to one college) and was always very warm and friendly. She always supported the students and attended our events.”

Pauline Poulos, an AHA alumna who is now a staff member, recalled S. Henrice’s kindness. “My parents came from Greece and, as a girl, they would not allow me to go away to school. I remember her helping me find local colleges, and I decided on going to Montclair State College.”

“They welcomed us to the neighborhood with a rotisserie chicken from Shop Rite,” Cucchisi said. “We also used to go over there and see the feral cats they used to take care of in their backyard.”

S. Henrice and S. Carole agree: “We are forever Angels and still fly higher, even though our wings take us at a slower pace!”