In honor of Veterans Day 2022, the Academy of the Holy Angels raised over $2,500 to help bring a trained service dog to a military veteran. This timely event was hosted November 9 by AHA Upper School’s Angels for Veterans organization and the students at AHA Middle School. Students, faculty, and staff (50 in all) received donations for completing laps around the Academy’s track. Funds benefit the American Humane Society’s Pups4Patriots™. 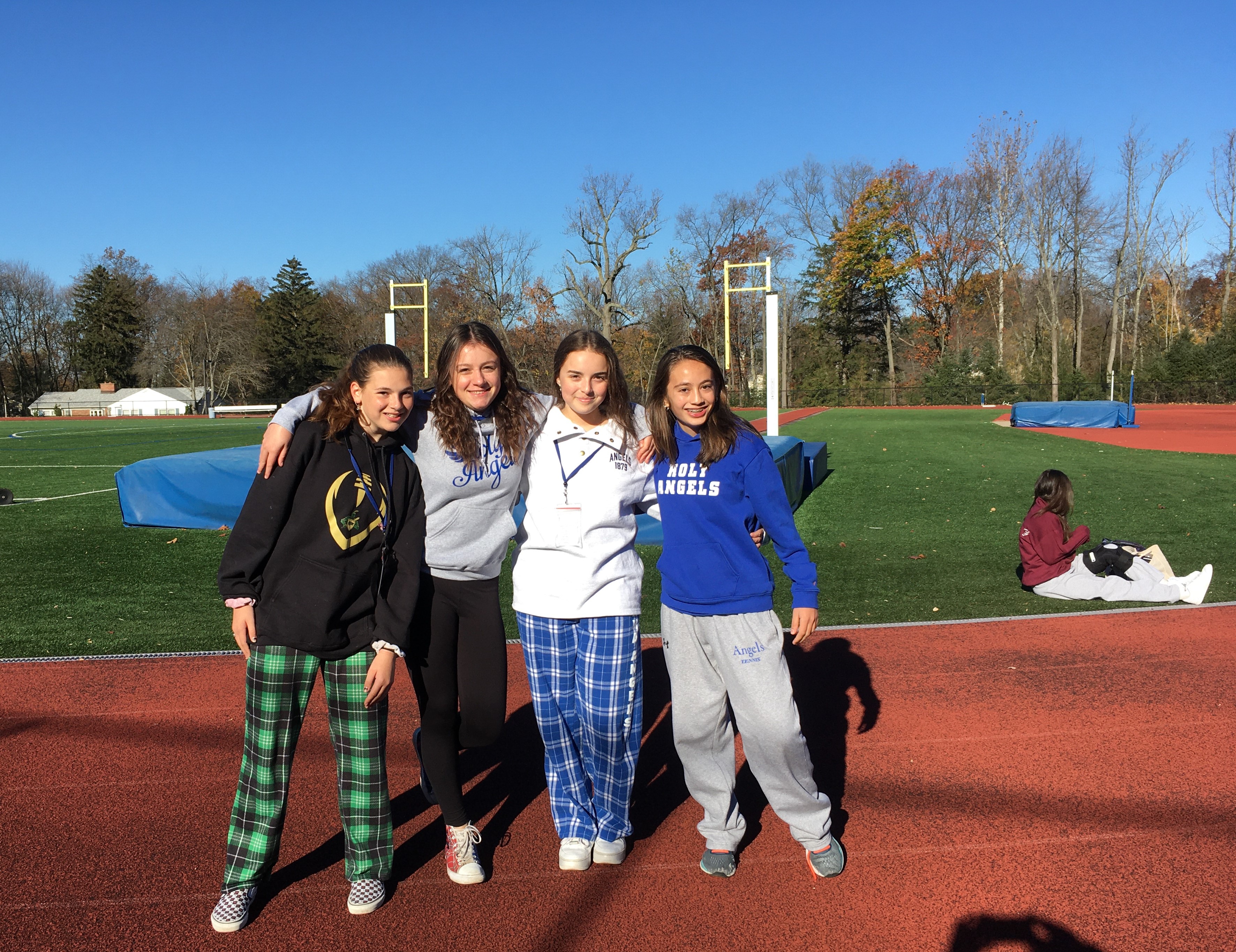 “Pups4Patriots™ is important to me because it focuses on an issue that isn't as addressed or recognized by the general public,” said Angels for Veterans leader Reilly Guy. “It is an organization that finds and trains dogs to become service dogs to aid veterans who suffer from post-traumatic stress or traumatic brain injury. Pups4Patriots™ provides these service dogs at no cost at all for the veterans, which is why it is important to support and fund the organization.

“I loved helping with the walkathon because all the proceeds are going to such a great cause, and it was great to raise awareness within our school community. I truly hope that we can have an event like this again in the future!” 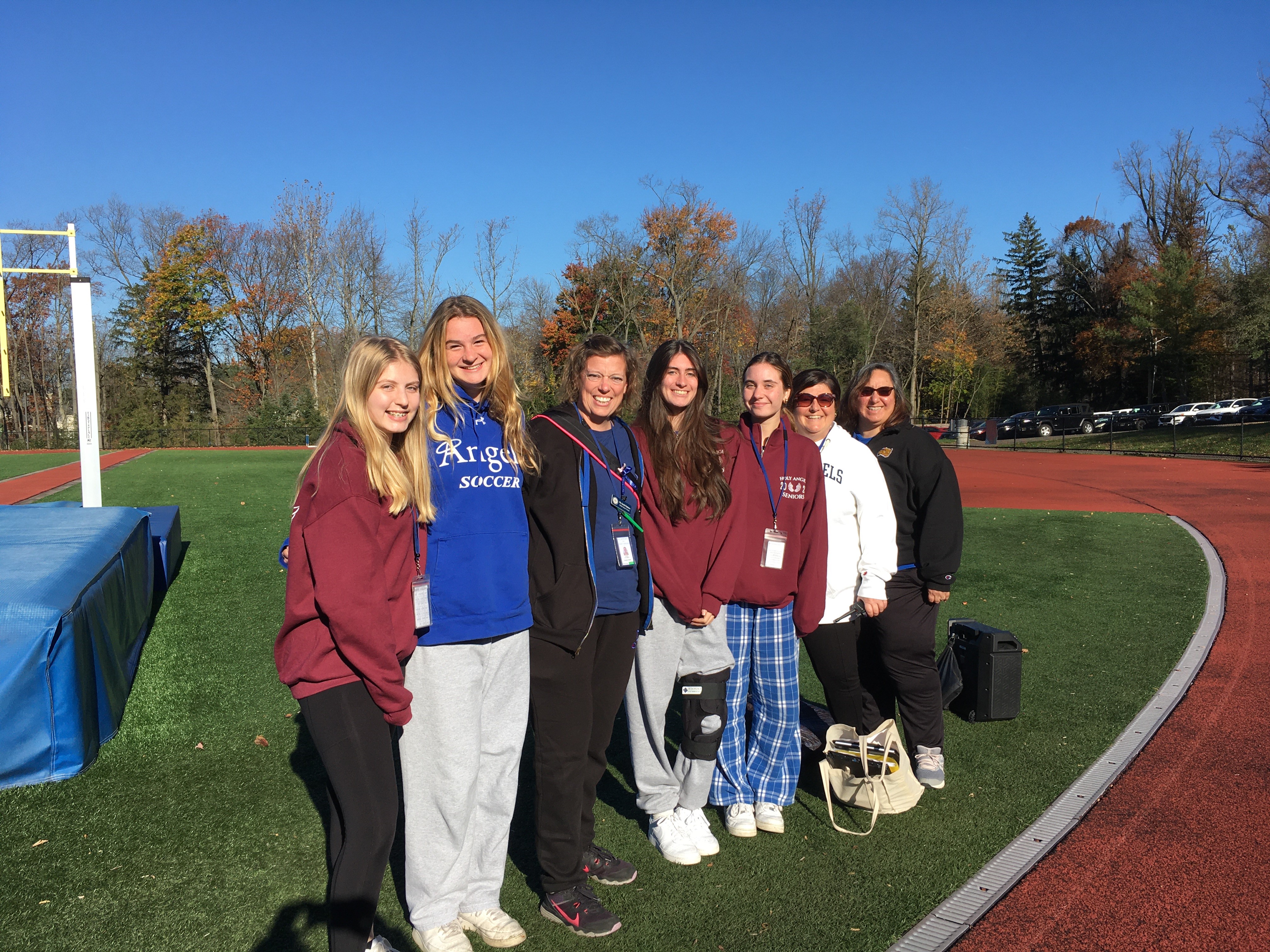 Sarah Chalmers, who teaches history at AHA Middle School, learned about the service dog training program and reached out to AHA Registrar/Angels for Veterans Moderator Angela Kunz. AFV did a bit of research and quickly agreed to participate in the fundraiser.

Chalmers understands that many returning service personnel have difficulties in their daily lives. Issues may include PTS, social isolation, and depression. The specially trained dogs help people decrease stress and anxiety levels, mitigate depression, and provide comfort and companionship. 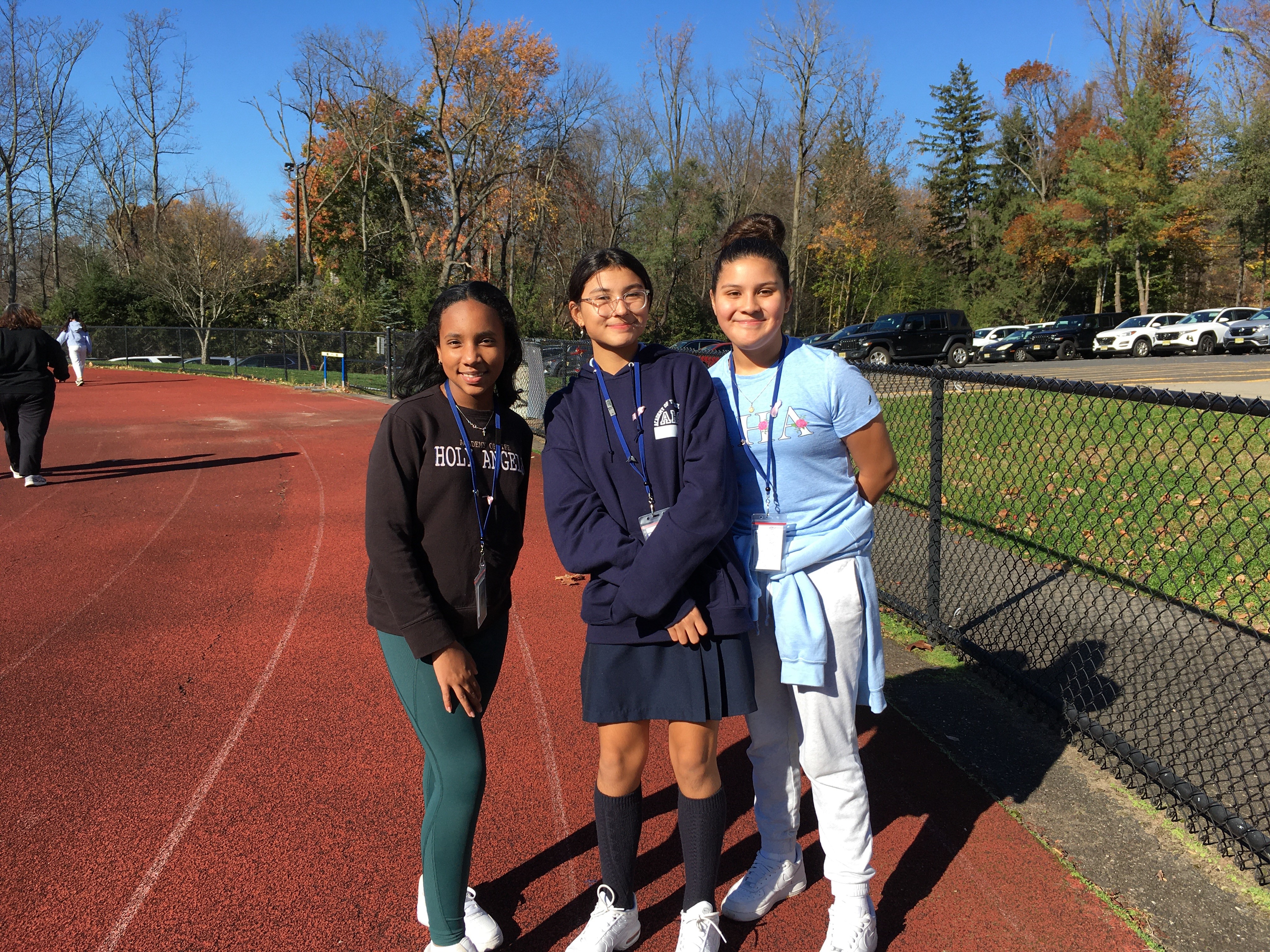 “I wanted to add a service element into my curriculum, and settled on focusing on Veterans Day and Memorial Day as two ways to add a service project into the social studies program,” Chalmers shared. “When I was thinking about what we could do, I remembered hearing about how veterans could now obtain service dogs to help alleviate the symptoms of post-traumatic stress.” She added, “It takes over $30,000 to train each dog, so I wanted to do something that could raise a significant amount of money in a way that was tangible and not something that other organizations on campus were already doing. In college, my sorority participated in walkathons and always had a lot of fun doing them. I thought that that type of an event could be a great way to spend time together while raising money.

“I have several friends and family members who have served in the military, and military history is a specific interest of mine," she adds. "My grandfathers were both World War II veterans, but their generation never spoke about their combat experiences or ways in which they struggled returning to civilian life. My Grandpa Lertola served in the Pacific War, but only ever spoke of the baseball diamond they built overseas. Being a Social Studies teacher with a bookcase full of WWII books, I know that he must have experienced things that I can't even begin to imagine."

She added, “One of my absolute best friends is a veteran of multiple combat tours. Knowing how he and other friends who served in Iraq and Afghanistan have struggled since coming home has really shown me the need for the Pups4Patriots™ program and others like it. Veterans Day impacts you differently when you have read someone's service records and see the ways that their service is still with them after they've retired.”