“We shall never know all that the Incarnation
still expects of the world’s potentialities.
We shall never put enough hope in the growing unity of mankind.”
Teilhard de Chardin

Although this is my fifth article connecting Corporate Responsible Investing with each of our four Province Commitments, it is not possible for me to identify corporate responsible investing in Haiti. Partially, this is because it is still reeling from the devastating Earthquake of 2010 and because of the ongoing instability within its government. There is almost no corporate investing in Haiti today. 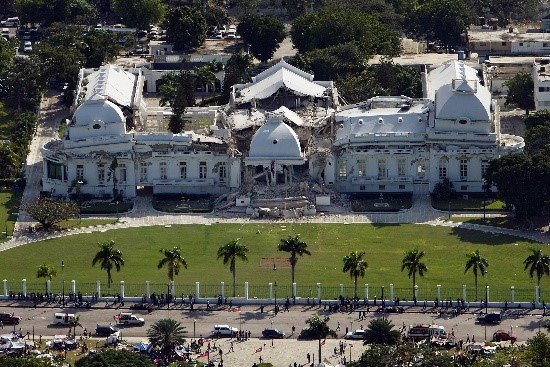 Background
During the years since the Earthquake, many social development funds have been designated for the enhancement of the farmlands, schools, and employment of women and men living in devastated areas.  Recently, people of Haiti have been protesting to demand that President Jovenel Moise must resign amid allegations that he embezzled hundreds of thousands of dollars of government funds designated for severely needed community programs. Under a contracted oil alliance with Venezuela in 2006, Haiti would save valuable dollars by borrowing fuel and delaying payment for 25 years. It was intended that Haiti use these additional funds to strengthen its economy and finance social programs. At least $2 billion has gone unaccounted for, and Haitians saw few of the promised programs according to demonstrators and local reporters.  Haitian taxpayers still owe Venezuela billions of dollars for the borrowed oil. In 2017, the Haitian Senate found evidence of widespread dishonesty in the management of the funds under three successive governments. This has caused social protests to arise across the besieged country.

However, on a positive note, in December 2018 Haitian farmers reached an Historic Agreement with the Inter-American Development Bank and Government to address harm from a post-earthquake project, which took productive land from the farmers for an Industrial Park. This agreement provides for helpful support for farmers with a combination of acquiring the most arable land in Northeast Haiti, employment opportunities, agricultural equipment and training, and support for micro-enterprise focused on women and the most vulnerable members of the community.  One of the lead organizers said, “With the help of our advisors and with the cooperation of the Bank and the Haitian Government, we have an agreement that will restore our livelihoods.  We are human beings and all of us need livelihoods to survive.”

Looking back several years, in the wake of the Earthquake, we remember a massive aid-campaign with the United States leading the way and several other countries joining in. The funds have been funneled towards programs managed by USAID and Monsanto. The goals of USAID were to fundamentally restructure the Haitian economy, particularly the agricultural sectors. This is being done in order to maintain a corporate monopoly on both the import of food products into Haiti, as well as the means of food production within the country. USAID’s 2013 report shows that of the $270 million spent in Haiti, American non-profits received 40%, and a further 50% went to US-based corporations. These programs had “no connection to the grassroots.  Corporations assumed what was needed without asking the locals.”  In other words, Corporations have become the new Conquistadors. 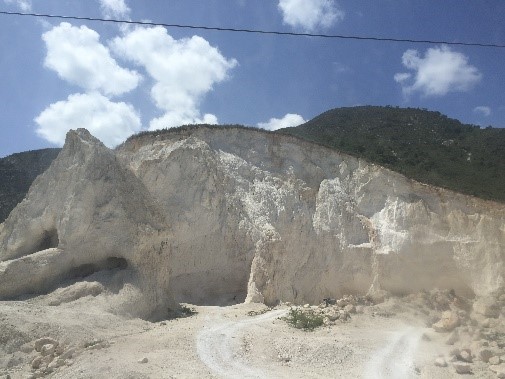 Mining for gold and other metals has a long history in Haiti beginning with the Spanish conquistadors in the 1400s.  The U.S. had bauxite mines in the 1960s and 1970s, a Canadian company mined copper until 1972. These past mining activities reduced land fertility and contaminated waters.  I found current maps of Haiti with five possible sites to explore for gold and copper.  Currently the Haitians are pressured by mining corporations and tempted by expected revenues from mining, but the Parliament ought not approve current draft mining bills before providing full information to women and men living in mining areas and obtaining their feedback. Corporations should not be permitted to explore or mine minerals without the free, prior, and informed consent of women and men living atop and around potential mining sites. 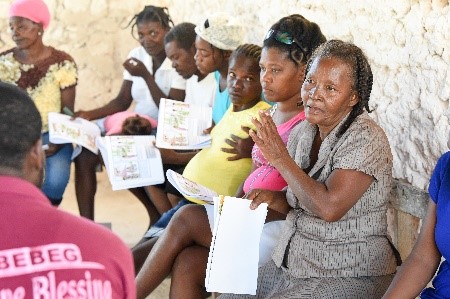 Today, Haiti’s major industries are agriculture, cement, forestry, and tourism.  Haiti’s top exports are apparel and essential oils.  70% of the goods sold on the market are imports which were $400 billion in 2017, while exports were only $900 million.

It is the right of Haiti’s poor and marginalized women and men, whose livelihoods depend on farming and natural resources, to decide the future use of their land after receiving full information about mining plans and processes. However, the Haitian state, which is legally required to provide information to Haitians living around minerals, has failed to do so.

One of the desired outcomes of the AMSSND partnership with Beyond Borders in Haiti is to support the development of the Haitian people so that they will be able to determine the future of their country. Haiti will continue to need the world’s support for many years to come.  However, the people of Haiti have the right and the capacity to set direction for their lives and their nation.  And we SSNDs are committed to collaborate with the Haitian people in support of their efforts.