“How beautiful on the mountains are the feet of those who bring good news.
- Isaiah 52:7 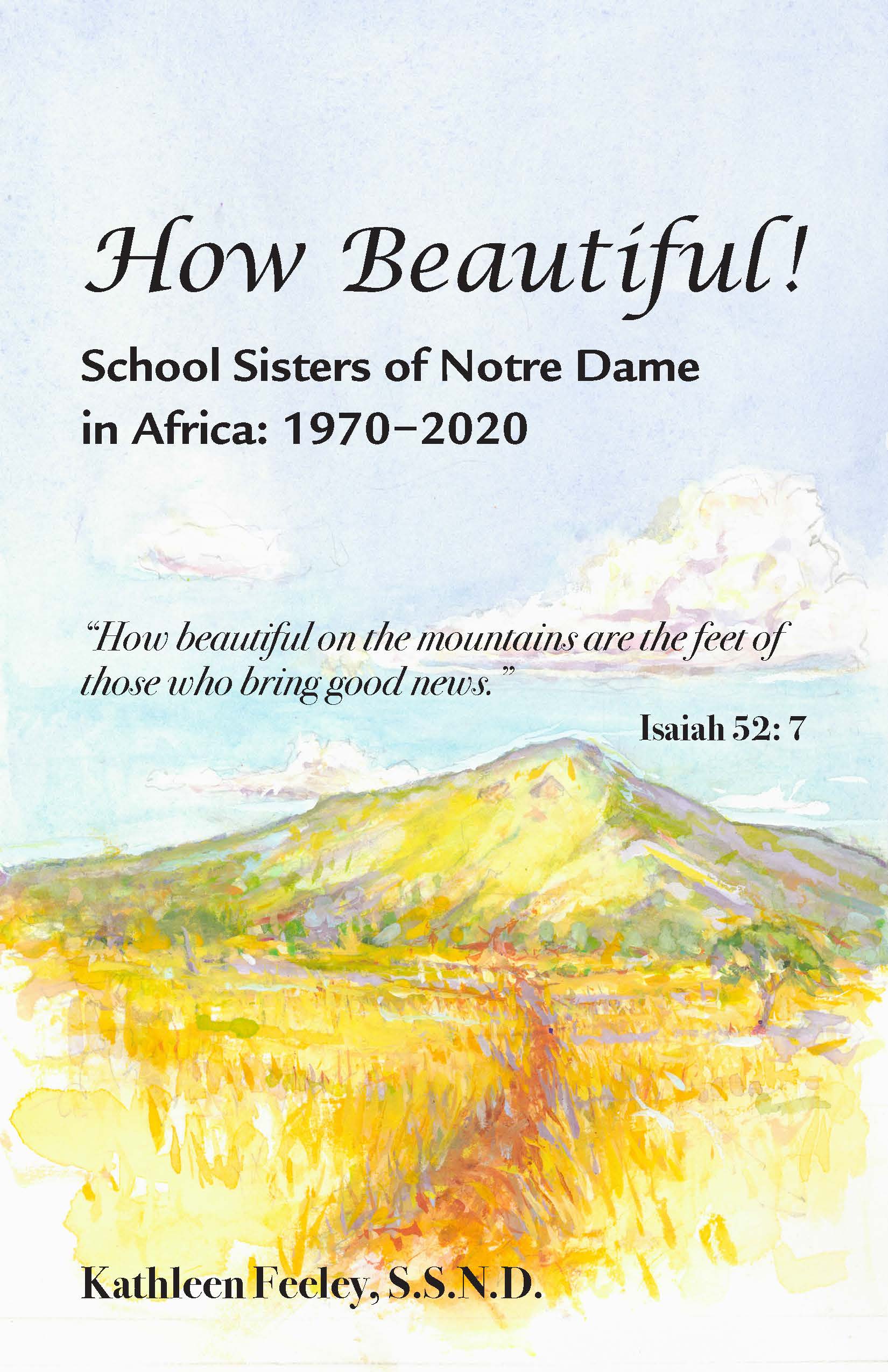 This book tells a story of miracles—one after another. In 1970, four young SSNDs in the Wilton Province, influenced by a priest-friend from Liberia, boarded a ship to Liberia and began a movement among North American SSNDs to become missionaries to Africa. All who followed were inspired by the call of the 1972 SSND General Chapter for five percent of the personnel in each province to minister in Third-World countries.

These missionaries were only the beginning.  More and more SSNDs joined them over the years.  They taught in schools and founded schools, helped native congregations with education and spiritual development, ministered in parishes, educated seminarians, and became involved in health care.  Bishops appointed them to positions of authority in diocesan educational organizations.

In 1990, Sisters from the Polish Province were missioned to The Gambia, a small country with a significant Muslim population. They established a school, developed women’s groups, and engaged in community-building activities.

SSND General leadership was also strong in the formation of Solidarity with South Sudan, and SSNDs volunteered in this multi-congregational organization. In a significant step, SSNDs founded two congregational missions in South Sudan. The miracle of “called” and “sent” abounded.

In the early 1980s, a second miracle occurred.  SSNDs from various provinces in separate African countries saw the value in meeting to discuss their common interests, and they organized such meetings with the approval of the provinces that sent them. After many meetings, and lots of organizational work, the group became The District of Africa, and finally, in 2011, a new province, the Province of Africa, was established.

Along the way, something unexpected happened: young women in Sierra Leone, Nigeria, and Kenya began to express the wish to join the School Sisters of Notre Dame. Within fewer than ten years of experiencing the Sisters who taught them, inspired them, and joined their parish life, they were imbued with the SSND charism. Then the same request came from other countries. How should the expatriate Disters respond?

The story of the decision—first, no; one year later, yes—is the third miracle.

In 2020, a Provincial House erected near Accra, Ghana became a home in Africa for all SSNDs.  The book describes this home, details its dedication, and links it to Mother Theresa’s negotiations in 1858 to send SSNDs to Africa.  This third miracle illustrates the value that African people have for the concept and the reality of “home.”  It also marks the 50th anniversary of SSND in Africa.

The book has a map of each country where there are SSND ministries, whose locations are marked. In an insert. Each map shows the location of each country on the African continent. The book also contains significant photographs.

If you are interested in ordering a copy of the book, please send the number of books you request to afprovnsecretary@hotmail.com by October 31, 2022. May this book strengthen our unity and connections in our congregation.

I felt inspired by this story every day for two years while I was writing it.  May it inspire its readers in the same way. - Kathleen Feeley, SSND