I Can't Breathe - In Memory of Mr George Floyd

On Monday, May 25, 2020, George Floyd (46) was murdered by police, who suspected him of trying to pass a counterfeit twenty-dollar bill. A bystander’s video shows an arresting officer kneeling on Floyd’s neck, while Floyd—handcuffed and prostrate on the ground—begged for relief. “I can’t breathe,” he said. After enduring nearly nine minutes of this trauma, Floyd was taken to a hospital and pronounced dead.

This scene is shocking, and yet, it is not unusual. You see, George Floyd was black, and black people have been subjected to state-sanctioned brutality for centuries. Floyd’s murder is sadly similar to the police killing of Eric Garner in 2014, who was unable to breathe while in police custody, but it bears the echoes of black men and women who have experienced the torture of slavery, lynchings, and excessive aggression by police. Floyd became the third of a series of high profile black murder victims this spring alone who were killed because their killers sensed danger in their skin tones. Ahmaud Arbery, who was murdered while going for a jog, and Breonna Taylor, an EMT who was murdered by police who raided her home by mistake.

Unfortunately, these high profile killings are not the only black lives lost this month. The Covid-19 pandemic has had an extremely disproportionate impact on black communities, as well. In fact, African-Americans account for approximately 13 percent of the U.S. population, but represent almost one-third of U.S. deaths from the pandemic. While we cannot prosecute anyone for these lives lost, it is clear that systemic injustices that have been perpetrated against black people in this country make black communities extremely vulnerable to this virus and other public health crises. If we hope to recover from this crisis, we must address these injustices, including unjust policing and racially biased courts.

We must critically consider how white privilege contributes to racism and take steps to acknowledge and dismantle the impact of race-based privilege. We stand against the racist structures of our social systems, and demand justice for all, demonstrating with words and actions that indeed, black lives matter to us.

Take a moment to reflect:  Keedron Bryant age 12, composed this prayer/lament with his mother following the death of George Floyd.  Click here

For conversation and group discussion: Understanding how white privilege intersects with the perpetuation of racism is critical to the work of dismantling racism.  We invite you to use this article on White Privilege by Fr. Bryan Massingale of Fordham University.  The questions below are suggested conversation starters,

Suggested questions for conversation:  Please consider sending your responses to aflaherty@amssnd.org with your name.  Please consider giving your permission to post your comments on province internet and/or Facebook

•    What insights and/or questions has the article evoked in you?
•    What are some steps that you/we can take in order to continue our work of dismantling racism?

In solidarity with George Floyd and all people of color who “can’t breathe,”

Take a few breaths and as you inhale slowly pray, “Come Holy Spirit.”
As you exhale, be mindful of the power of the Holy Spirit to renew the face of the earth.

“I hope this will be a wake-up call for all!” Edna Cole, SSND

The article “75 Things White People Can Do for Racial Justice,” by Corinne Shutack, offers some practical suggestions for how to stand with people of color. Here are some examples:

For those Involved in Education: 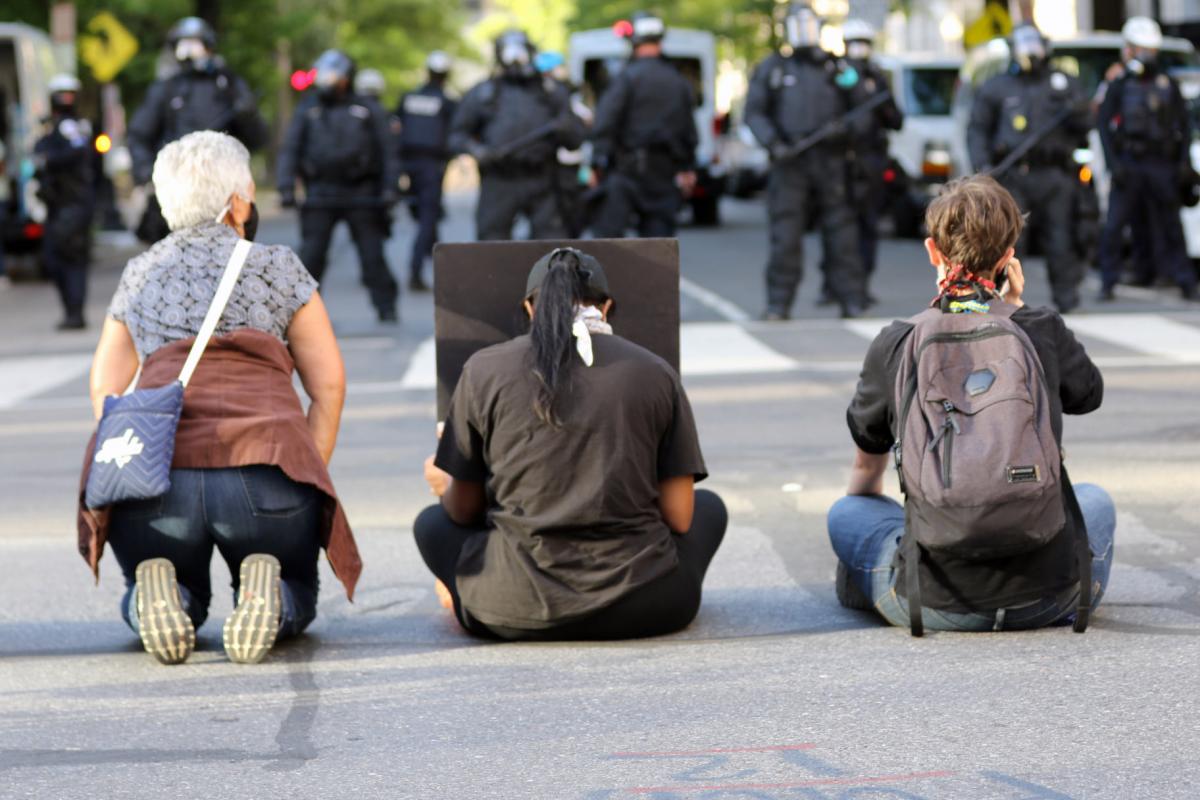