World Day Against Trafficking in Persons 2020 is marked by a humanitarian crisis in the form of a worldwide pandemic making many more people vulnerable to human trafficking.  As both a health and economic crises, the pandemic makes already vulnerable people even more susceptible to human trafficking.  Perpetrators target people of color and those in poverty.  As children spend more time online, they also become more susceptible to the grooming tactics of these predators.  Thus, the forces of racism, poverty, and the pandemic becoming intricately intertwined as we observe this World Day Against Trafficking in Persons. 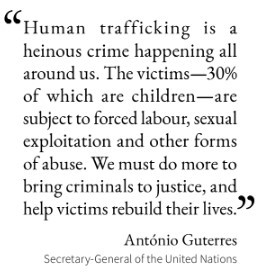 Today, let us pray for an end to the sin of Trafficking in Persons in our world.  We pray for the victims and survivors of all forms of trafficking.  We especially remember the women and children who make up the majority of trafficked persons.  We pray for the police, medical personnel, social workers, and religious who come to the aid of these victims.  We espcially pray for a conversion of heart for the perpetrators and the purchasers of this modern day form of slavery.

Forced Labor - Philippines to United States
“Maria felt lucky when she was recruited from her northern island in the Philippines to an eldercare position in Southern California.  After she arrived, a trafficker confiscated her passport and insisted she pay off a previously undisclosed fee of more than $10,000.  The trafficker ordered Maria to work off debt by laboring 18-hour days for only a few dollars an hour.  An observant neighbor of the eldercare facility reported the situation to law enforcement after seeing that Maria worked long hours, never had a day off, and was constantly tired and disheveled.  While she was initially fearful of speaking with law enforcement, officers were able to investigate the crime with Maria’s help.  Maria received the medical and psychological support she needed from a nonprofit organization.  She is now a survivor leader in her community.” 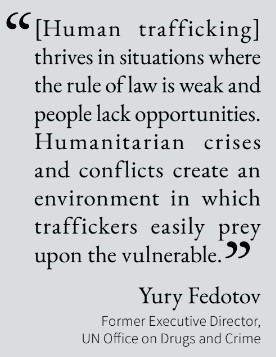 Sex Trafficking – Canada
“Elena’s boyfriend lured her across Canada and forced her to engage in commercial sex.  He abused her emotionally and physically.  Elena was able to escape and is now receiving comprehensive services from a local NGO to work through the trauma of her experience and adjust to her new life.  Her trafficker was sentenced to prison for human trafficking, among other crimes.”

Forced Labor – Vietnam to United Kingdom
“As a 17-year-old orphan living on the streets of Ho Chi Minh City, Huy sold lottery tickets and slept outdoors in unsanitary conditions.  An older acquaintance offered him a well-paying job abroad, which he declined.  Despite his refusal, the man seized and bound Huy and transported him to a windowless warehouse in China.  There men beat and tortured Huy: when he tried to escape, a guard poured boiling water over his chest and arms.  After three months, Huy’s captors smuggled him to the United Kingdom and forced him to work without pay for an illegal cannabis garden.  The traffickers physically abused and starved him when he did not meet his quota.  Huy eventually escaped by breaking a second story window, jumping out of the house, and running until he found a train station.”

Sex Trafficking – Romania to Italy
“Sofia was optimistic as she landed in Italy with her new fiancé, excited for the luxuries her rural Romanian village did not afford her.  Soon after arriving, Sofia’s fiancé handed her an itemized bill for every meal, trip, and gift he had ever purchased for her.  He told her she needed to reimburse him by engaging in commercial sex.  He forced her to do so through threats, physical violence and destroying her personal property.  Sofia escaped back to Romania and is now receiving support at a shelter for trafficking survivors.” 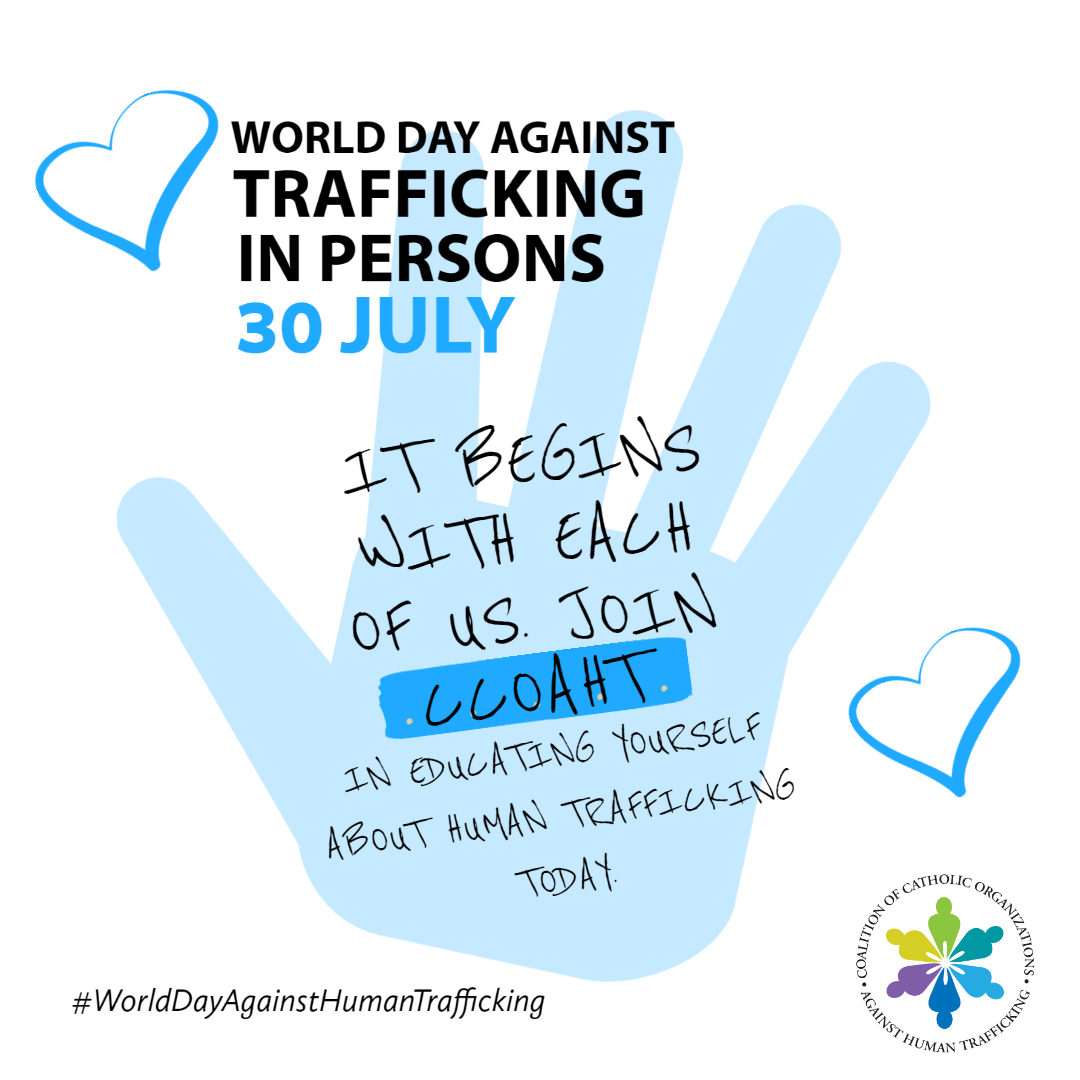 Learn about the EARN IT Act and contact your representatives:
https://www.ecpatusa.org/blog/2020/6/30/ecpat-usa-urges-senators-to-vote-for-earn-it-act-of-2020

Loving God, we remember that Jesus said to the Apostles shortly after the Resurrection, “As the Father has sent me, so I send you.”  We come now asking for your blessing as we engage in solidarity and justice for victims of human trafficking. We pray for marginalized communities and those vulnerable to human trafficking: may they be touched by hope and find the resources they need to overcome the dangers. We pray for wisdom for parents and teachers as they oversee the online activity of our children: may they have the foresight and attention to protect and educate.  Encourage governments to enact laws and the means to enforce them for the protection of our vulnerable young students against online exploitation and to rectify the systemic injustices that perpetuate vulnerabilities.  Inspire corporations to produce technology that keeps the internet and social media from harmful uses.  Lead us “to risk innovative responses as educators in a rapidly changing world impacted by globalization and technology.”  We ask this in Jesus’ name.  Amen.