Soon after becoming archbishop, Father Rutilio Grande, his friend and fellow priest, was killed because of his outward support for oppressed communities. This deeply affected Archbishop Romero, and he began to publicly denounce violence and injustice, urging people to live out Christ’s Gospel message of love for neighbor. As Archbishop Romero began to speak up, people in villages across El Salvador tuned into his weekly radio homilies. He became an advocate for people who were poor—many called him the voice of the voiceless—and encouraged others to become advocates too.

Archbishop Romero was such a loud microphone for God that he was assassinated while celebrating Mass on March 24, 1980. His witness reminds us to not remain quietly on the sidelines, but to become microphones for God. He inspires us to speak out with our brothers and sisters who need help breaking down systems and structures that perpetuate poverty and suffering. People around the world continue to face oppression in many forms—it’s up to us to be God’s microphone by advocating on their behalf.

Saint Oscar Romero used the radio to become God’s microphone. Today we can use social media, email, letter writing and public events to bear witness to Christ’s Gospel message through legislative advocacy. It is one of the most effective ways to create real and lasting change. Legislative advocacy can influence decision making at local, national and international levels to change unjust policies that negatively affect our brothers and sisters who are poor and vulnerable. 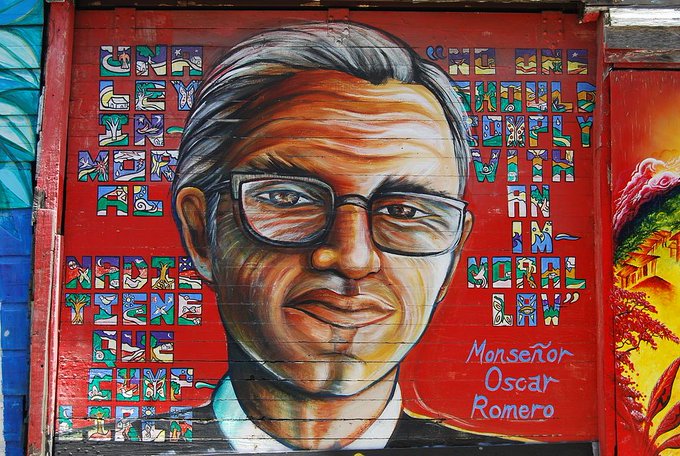